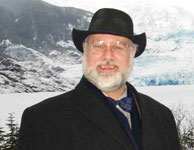 Paul Dunscomb is Professor of East Asian History at the University of Alaska Anchorage and was the inaugural Director of the UAA Confucius Institute. He received his Ph.D. from the University of Kansas. His book Japan’s Siberian Intervention, 1918-1922: “A Great Disobedience Against the People” (New York: Lexington Books, 2011), is the first complete narrative of this topic in English. Japan Since 1945, his contribution to the Association for Asian Studies Key Issues in Asian Studies Series, has just been released.

Prof. Dunscomb currently works on the history of the early Heisei period (1989-2009), presenting widely on various aspects of the period. “Images of What Never Was to Suggest What Might Be: Japanese popular culture and Japaneseness,” in The Dynamics of Cultural Counterpoint in Asian Studies, edited by David Jones and Michele Marion. (Albany: SUNY Press, 2014) has also just been released. Other works have appeared in East-West Connections and Education About Asia. He is presently working on the topic of The Crisis in Japanese Professional Baseball of 2004 and the Future of Japan.