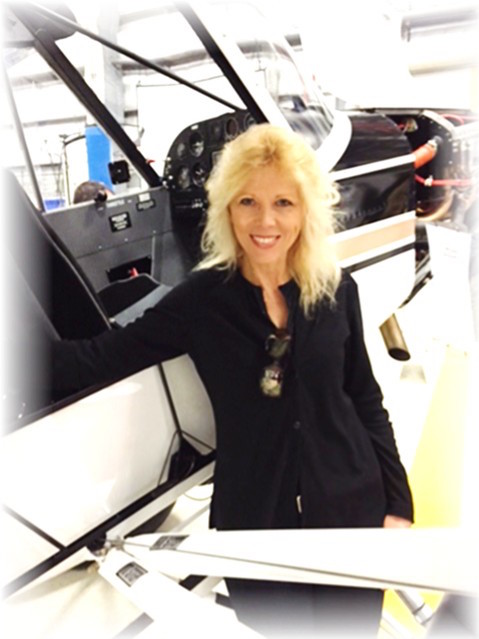 Born in Évreux, France and spending her formative childhood years in Tokyo, Japan as the daughter of a U.S.A.F. military commander, Carole Anderson has endeavored throughout her life to maintain a global perspective and to be a true citizen of the world.

Carole Anderson began her media career in Fairbanks, Alaska at KATN-TV and later worked at KUAC-TV. Freelance assignments included TeleJapan International in Tokyo, Japan, and also VOA/TV Martí in Washington D.C. For her endeavors at WUSA-TV (CBS/Gannett) she was honored to receive the “Women in Engineering” CBS Award. At the FCC Advanced Television Test Center (A.T.T.C.) laboratory, Carole served as a Data Analyst on the engineering team, testing prototypes to develop and standardize the U.S. Digital HDTV System. She received an Emmy Award for Television Technology and Engineering.

Upon return to Alaska, she pursued international interests in Arctic affairs, taking on public relations and research analysis roles at the Northern Forum and the Institute of the North, organizations both founded by Governor Walter J. Hickel. She subsequently served as his aide during his final years.

Carole is deeply involved in the community, coaching skiing and power-lifting for Special Olympics, assisting in the ASD Russian Language Immersion program, volunteering in the Iditarod and serving as a judge for the Anchorage International Film Festival. As the President of the board of the Japan Relief Fund of Alaska (JPRF), an organization which raised funds for the Japanese Red Cross after the 3/11/11 triple disaster, she was honored to accept the 2013 Governor’s North Star Award for International Excellence for Humanitarian Endeavors. She currently serves on the boards of the Alaska World Affairs Council, the Alaska Moving Image Preservation Association (AMIPA) and Perseverance Theatre.