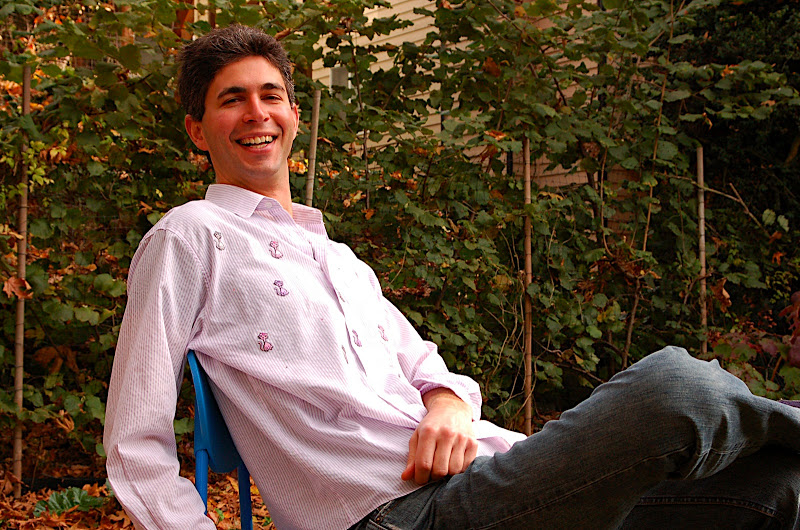 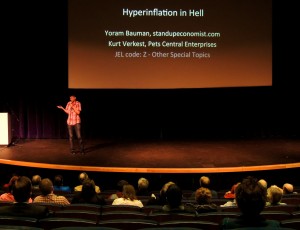 Speaker Bio:
Yoram Bauman is an environmental economist and a carbon tax Fellow at Sightline Institute. He has a PhD in economics from the University of Washington and works in Washington state and elsewhere on climate change economics and policy, particularly focusing on carbon pricing. His most recent academic paper (“Climate Sensitivity: Should the Climate Tail Wag the Policy Dog?”) was co-authored with UW climate scientist Gerard Roe and appeared in the April 2013 issue of Climatic Change. Dr. Bauman is part of the CarbonWA.org effort to bring a revenue-neutral carbon tax to Washington State.

Dr. Bauman is also “the world’s first and only stand-up economist,” and performs regularly at colleges and corporate events, and has shared stage with everyone from Robin Williams to Paul Krugman. He has appeared in TIME Magazine and on PBS and NPR, and is the co-author of the Cartoon Introduction to Climate Change and the two-volume Cartoon Introduction to Economics, which is now available in multiple languages, including Chinese, German, and Italian. Additionally, he co-authored the 1998 book Tax Shift, which was written with Alan Durning of the Sightline Institute and helped inspire the revenue-neutral carbon tax in British Columbia.

Dr. Bauman lives in Seattle, where he founded Non-Profit Comedy, a series of benefit shows that has raised almost $100,000 for local non-profits. He has a BA in mathematics from Reed College and a PhD in economics from the University of Washington. His goals in life are to spread joy to the world through economics comedy; to reform economics education; and to implement carbon pricing. He is a fellow at Sightline Institute in Seattle, and in 2011 he spent 5 months in Beijing as a visiting scholar at the University of International Business and Economics. For more information about Dr. Bauman, visit his website at www.standupeconomist.com.

Presented in partnership with