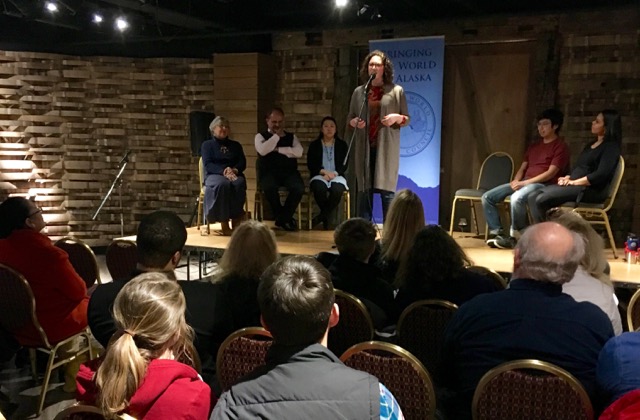 This year’s theme for the Alaska World Affairs Council’s annual story event is: Foreign Faux Pas – Stories of Navigating Cultural Differences. Featured storytellers will entertain you while keeping you on your seat as you wait to see how their situations were resolved. 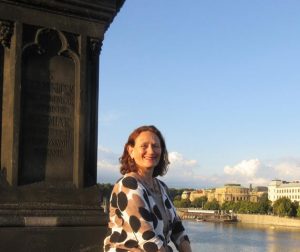 Tam Agosti-Gisler was raised in Anchorage and attended public schools. Her BA in International Relations was earned at Stanford University and included studies in France, Berlin and Jerusalem. She subsequently earned her MAT. Tam was a French and Social Studies teacher in the Anchorage School District for 22 years. Tam worked as the executive director of the Anchorage School Business Partnership program until her election to the Anchorage School Board in 2012 of which she is currently president. She has been married to Hans Gisler for over 38 years. She is an avid traveler and has visited over 70 countries, speaks several languages and has taught English in Africa and Asia. 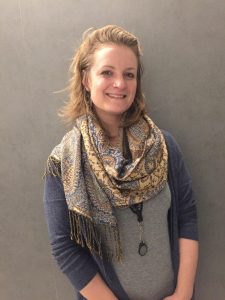 Rebecca Pottebaum is a transplant to Alaska, but feels quite at home traveling the world. She’s played many roles in her exploration of the world, from Fulbright Fellow in Brazil to running an international film festival, from adventure tour leader throughout North American National Parks to cab driving in Homer, Alaska. She loves a good joke. 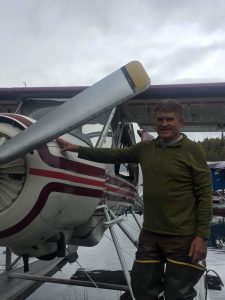 Larry Rivers came to Alaska in the sixties as a hippie where he settled in Talkeetna with his family. By chance, he got roped into guiding a hunt. Larry had a knack for guiding and bush flying, leading him to become a very successful global professional hunting guide. Recognized as such he was invited by “Intourist” through Mead Treadwell to help foster tourism in the USSR and later Russia and Central Asia. From that he expanded into export and real estate development. Larry is now retired and likes to spend most of his time exploring Alaska by bush plane or snowmachine.

Michael Anthony Simpson is a middle-school teacher on hiatus so that he can stay-at-home to care for his three-year-old daughter. The time he spent on lesson planning, grading papers, and other demands is now spent pursuing his passions for writing and playing music. Examples of his work can be seen on his website. 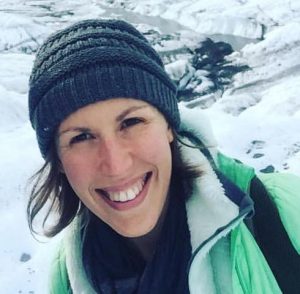 Megan Zlatos serves as the Director of Public Programming for the Alaska Humanities Forum. Her career path might best be described as “the scenic route”: a road that involved everything from coordinating study abroad programs in Europe to developing an employee evaluation system at Google, from teaching middle schoolers in the Midwest to developing new revenue sources for a startup in San Francisco. She was the 12th employee at a company that was sold to Amazon for a billion dollars (but don’t ask her for money because she didn’t stick around long enough for her stock options to vest).

Special thanks to our amazing volunteer story coach, Amanda Dale, a featured storyteller of the 2017 inaugural event! 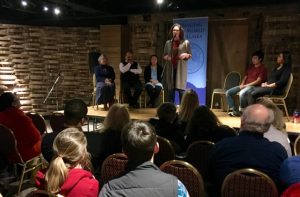 If you missed this event and did not get a chance to hear our storyteller’s entertaining adventures, you can now listen to a podcast of the event courtesy of Alaska Public Media. 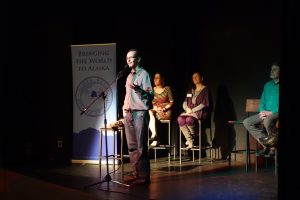 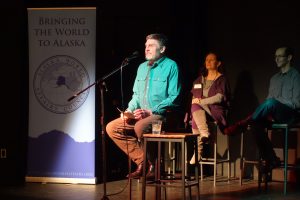 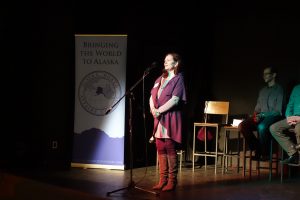 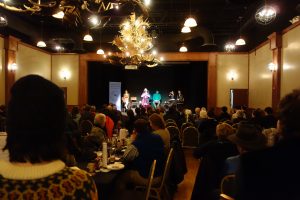