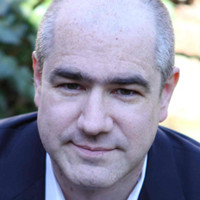 Did you miss this program or would like to listen to it again? Check-out the podcast on Alaska Public Media by clicking here.

Speaker Bio:
William J. Dobson is the politics & foreign affairs editor for Slate. Previously, he served as the managing editor of Foreign Policy magazine. Under his editorial direction, the magazine was nominated for the National Magazine Award five years in a row–the only publication of its size to be nominated for five consecutive years–and in 2007 and 2009, Foreign Policy won the overall award for General Excellence. Earlier in his career, Mr. Dobson served as Newsweek International‘s Senior Editor for Asia and as Associate Editor at Foreign Affairs.

During the height of the Arab Spring, the Washington Post editorial page commissioned Mr. Dobson to write daily on modern authoritarianism. While in Cairo, Mr. Dobson reported the first account of the Egyptian military conducting torture of female protestors from Tahrir Square.

Mr. Dobson is the author of The Dictator’s Learning Curve: Inside the Global Battle for Democracy. Mr. Dobson’s first book, it was selected as one of the “best books of 2012” by Foreign Affairs, the Atlantic, The Sunday Telegraph, and Prospect magazine. The New York Times called it “intelligent and absorbing” and wrote, “Mr. Dobson’s book, with luck, will find its way into the hands of people who aspire to be free.”

From 2008 to 2009, Mr. Dobson was a Visiting Scholar at the Carnegie Endowment for International Peace. In 2006, Mr. Dobson was named a Young Global Leader by the World Economic Forum. He has been recognized and awarded honors by a number of international foundations, including the Salzburg Global Seminar, the East-West Center, the Knight Foundation, the Council for the United States and Italy, and the Singapore International Foundation. He has received fellowships from Harvard University, the University of Chicago, and Stanford University. Mr. Dobson is a 1994 Truman Scholar.