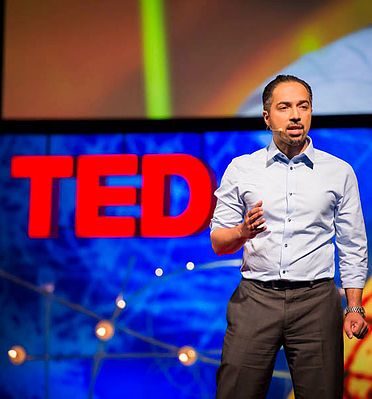 Returning speaker, Trita Parsi will be addressing Alaskans on the topic of “Iran: Trump’s Gift to the Hard-liners” answering the question of “Will killing the Nuclear Deal bring the US and Iran towards war?” — You will not want to miss this dynamic speaker and program! 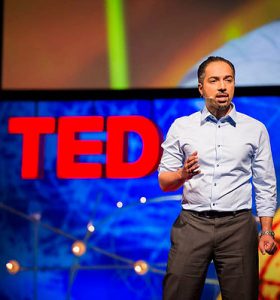 Trita Parsi is an award winning author and the 2010 recipient of the Grawemeyer Award for Ideas Improving World Order. He is the founder and president of the National Iranian American Council and an expert on US-Iranian relations, Iranian foreign politics, and the geopolitics of the Middle East. He is the author of Treacherous Alliance: The Secret Dealings of Iran, Israel and the United States (Yale University Press 2007), for which he conducted more than 130 interviews with senior Israeli, Iranian and American decision-makers. Treacherous Alliance is the silver medal winner of the 2008 Arthur Ross Book Award from the Council on Foreign Relations.

Parsi’s second book A Single Roll of the Dice – Obama’s Diplomacy with Iran (Yale University Press) was released early 2012 and was selected by Foreign Affairs journal as the Best Book of 2012 on the Middle East.

His latest book – Losing an Enemy: Obama, Iran and the Triumph of Diplomacy (Yale University Press, 2017) – reveals the behind the scenes story to the historic nuclear deal with Iran.

​Parsi was born in Iran but moved with his family at the age of four to Sweden in order to escape political repression in Iran. His father was an outspoken academic who was jailed by the Shah and then by the Ayatollah. He moved to the United States as an adult and studied foreign policy at Johns Hopkins’ School for Advanced International Studies where he received his Ph.D.

​He founded NIAC to provide a non-partisan, non-profit organization through which Iranian-Americans could participate in American civic life. NIAC is a vocal proponent of dialogue and engagement between the US and Iran, which Parsi consistently has argued would enhance our national security by helping to stabilize the Middle East and bolster the moderates in Iran.

Parsi has followed Middle East politics through work in the field and extensive experience on Capitol Hill and at the United Nations. He is frequently consulted by Western and Asian governments on foreign policy matters. Parsi has worked for the Swedish Permanent Mission to the UN, where he served in the Security Council, handling the affairs of Afghanistan, Iraq, Tajikistan and Western Sahara, and in the General Assembly’s Third Committee, addressing human rights in Iran, Afghanistan, Myanmar and Iraq.

He is fluent in Persian/Farsi, English, and Swedish. Parsi’s articles on Middle East affairs have been published in the Washington Post, Wall Street Journal, New York Times, Los Angeles Times, Financial Times, Jane’s Intelligence Review, the Nation, The American Conservative, the Jerusalem Post, The Forward, and others. He is a frequent guest on CNN, PBS’s Newshour with Jim Lehrer, NPR, the BBC, and Al Jazeera.

Losing an Enemy: Obama, Iran, and the Triumph of Diplomacy 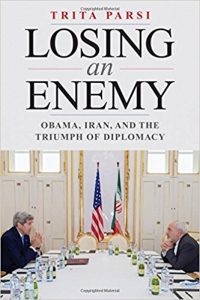 This timely book focuses on President Obama’s deeply considered strategy toward Iran’s nuclear program and reveals how the historic agreement of 2015 broke the persistent stalemate in negotiations that had blocked earlier efforts.

The deal accomplished two major feats in one stroke: it averted the threat of war with Iran and prevented the possibility of an Iranian nuclear bomb. Trita Parsi, a Middle East foreign policy expert who advised the Obama White House throughout the talks and had access to decision-makers and diplomats on the U.S. and Iranian sides alike, examines every facet of a triumph that could become as important and consequential as Nixon’s rapprochement with China. Drawing from more than seventy-five in-depth interviews with key decision-makers, including Iran’s Foreign Minister Javad Zarif and U.S. Secretary of State John Kerry, this is the first authoritative account of President Obama’s signature foreign policy achievement.

If you missed this engaging presentation you can now listen to the podcast of the event, courtesy of Alaska Public Media. Happy listening!

Iran: Trump’s gift to the hardliners

This program is made possible thanks to the support of Dick Block and Mellen Investment Co. and Flip Todd of Todd Communications.