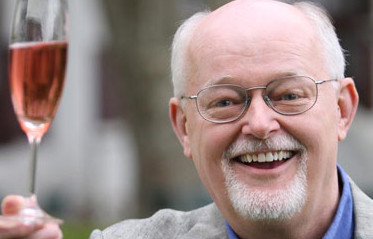 Just in time for Valentine’s Day!

Join us for a delicious four-course meal paired with wines from around the globe and delightfully engaging discussion featuring award-winning author and wine economist, Mike Veseth! You’ll leave with a greater knowledge about the political economy of the global wine industry, new friends, and new favorite wines.


There will be a choice of two entrees: chicken tikka masala or lamb curry.

About Mike Veseth:
Wall Street Journal wine columnist Lettie Teague writes that “Of all the wine blogs in the wide, wide blogosphere, one that I look forward to reading the most is Mike Veseth’s Wine Economist. There’s nothing else quite like it—a blend of economic insight … and often irreverent winespeak.” Economist Mike Veseth is editor of The Wine Economist blog and author of more than a dozen books including best-selling Wine Wars (2011) and the just released Extreme Wine (2013). In Extreme Wine, Mike circles the globe searching for the best, worst, cheapest, most expensive, and most over-priced wines. Mike seeks out the most outrageous wine people and places and probes the biggest wine booms and busts. Along the way he applauds celebrity wines, tries to find wine at the movies, and discovers wines that are so scarce that they are almost invisible. Why go to such extremes? Because, Mike argues, the world of wine is growing and changing, and if you want to find out what’s really happening you can’t be afraid to step over the edge.