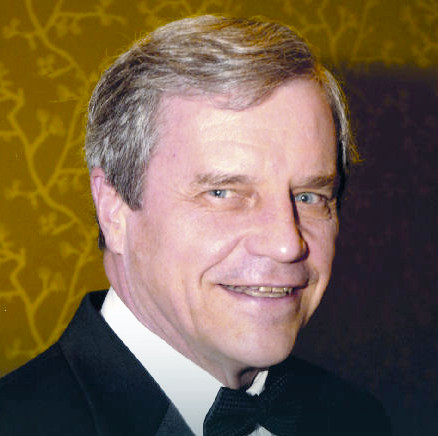 Wallace earned his Bachelor’s degree in History from Ottawa (Kansas) University in 1966 and a Master’s degree in Political Science from the University of Kansas in 1968. He served in the U.S. Army during 1968-1970, led long-range reconnaissance patrol teams of Company E, 75th Rangers in Vietnam and was awarded the Combat Infantryman’s Badge, two Bronze Stars with “V,” and three Air Medals. In 2002, he co-authored Nine from the Ninth, a memoir of the Vietnam War based on the authors’ combat experiences.

Wallace moved to Washington, D.C., in 1970 and served as an administrative assistant to the late Ohio Congressman William McCulloch before joining the Central Intelligence Agency in 1971. Between 1973 and 1991, he served in field assignments including three tours as Chief of Station directing clandestine operations and managing intelligence collection programs.

From 1991 through 2003, Wallace held senior positions in operations and administration at CIA headquarters. He was appointed Deputy Director of the CIA’s Office of Technical Service (OTS) in 1995 and elevated to Office Director in 1998. There he managed programs for the design, development, testing and deployment of technical equipment and personnel in support of worldwide clandestine operations.

In 2002, OTS received recognition from the CIA’s Inspector General for superior performance and management. Wallace’s other CIA awards include the Intelligence Medal of Merit, the Distinguished Career Intelligence Medal and two Donovan Awards. In 2005, he received the Ottawa University Alumni Association Outstanding Achievement Award.

Wallace speaks and writes on intelligence, leadership and management topics throughout the United States. He is co-author of Spycraft: The Secret History of the CIA’s Spytechs from Communism to al-Qaeda (2008), contributor to Vaults, Mirrors & Masks: Rediscovering U.S. Counterintelligence (2009), co-author of The Official CIA Manual of Deception and Trickery (2009) and co-author of Spy Sites of New York City (2012).

Wallace and his wife, Mary Margaret, live in Northern Virginia. He is a member of the McLean Baptist Church and a strategic consultant to companies supporting the Department of Defense and the Intelligence Community.

This program was part of the 2014 Alaska Cold War Conference. Other presentations included in the conference were: