Online registration for this event is now closed. To inquire about seat availability, please call the AKWorld office at (907) 276-8038, or email us at rsvp@alaskaworldaffairs.org

Murry Sidlin
Murry Sidlin is a conductor and the founder and president of the Defiant Requiem Foundation, which sponsors live concert performances of Defiant Requiem: Verdi at Terezín. The concert-drama, tells the story of the courageous Jewish prisoners in the Theresienstadt Concentration Camp during World War II who performed the famous Verdi Requiem Mass while experiencing the depths of human degradation. Sidlin conceived and created the concert, which combines the magnificent music of Verdi with testimony from survivors of the original chorus and footage from a Nazi propaganda film on Theresienstadt.  Sidlin lectures extensively on the arts and humanities as practiced by the prisoners of the Terezín Concentration Camp, and is a distinguished teacher of conducting and performs throughout the world in traditional concert halls.

Julie Decker
Julie Decker is the Director and CEO of the Anchorage Museum.  She has an extensive curatorial background combined with a long history initiating innovative Anchorage Museum programs and exhibitions. She is leading the museum beyond its recent expansion to position it as a key cultural institution in the international North.  She has authored and edited numerous exhibition catalogues and publications on the art and architecture of Alaska. She previously ran contemporary art galleries, was an instructor for the University of Alaska, and has served on the boards of several nonprofit organizations. She holds a Ph.D. in contemporary art history, criticism and management from Union Institute and University, a master’s degree in arts administration from Golden Gate University, and bachelor degrees in fine art and journalism from the University of Oregon. 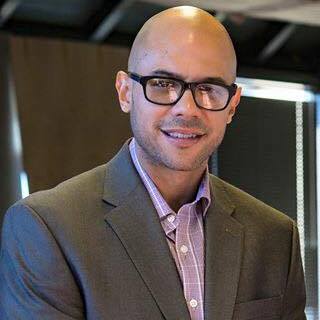 George Martinez
George Martinez is an award winning artist, social entrepreneur, and cultural ambassador for the US Department of State. He is the founder of the Global Block Foundation, the co-author/ editor of, The Organic Globalizer: Hip Hop, Political Development and Movement Culture (Bloomsbury), and an adjunct professor of political science. He is a civil society member of the United Nations Alliance of Civilizations, a member of the Multicultural Education Concerns Advisory Committee of the Anchorage School District and serves as the Special Assistant to Mayor Ethan Berkowitz for education, youth development, diversity and economic development.

moderated by Torrie Allen
Torrie Allen is an Alaskan and national arts leader with more than 30 years of wide-ranging experience in the performing arts and broadcast media. He recently served on the grants review panel for the Wallace Foundation’s $52 million Building Audiences for Sustainability initiative and the opera grants panel for the National Endowment for the Arts. Allen is a Fellow of National Arts Strategies’ Chief Executive Program and has participated in chief executive education programs at Harvard Business School, Ross School of Business at University of Michigan and the RGK Center for Philanthropy and Community Service at the University of Texas at Austin. He holds degrees from UCLA and the Boston Conservatory. Allen currently serves as the Chief Officer of Marketing and Development at Alaska Public Media.