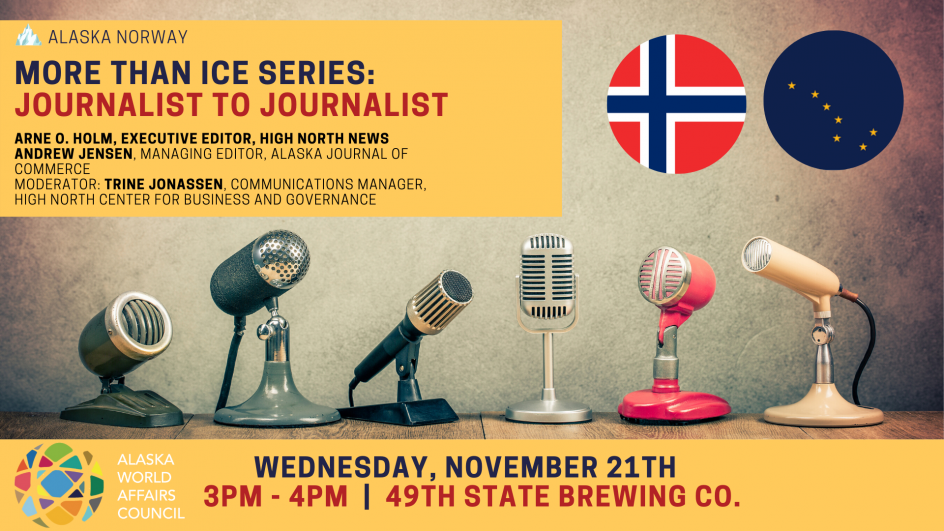 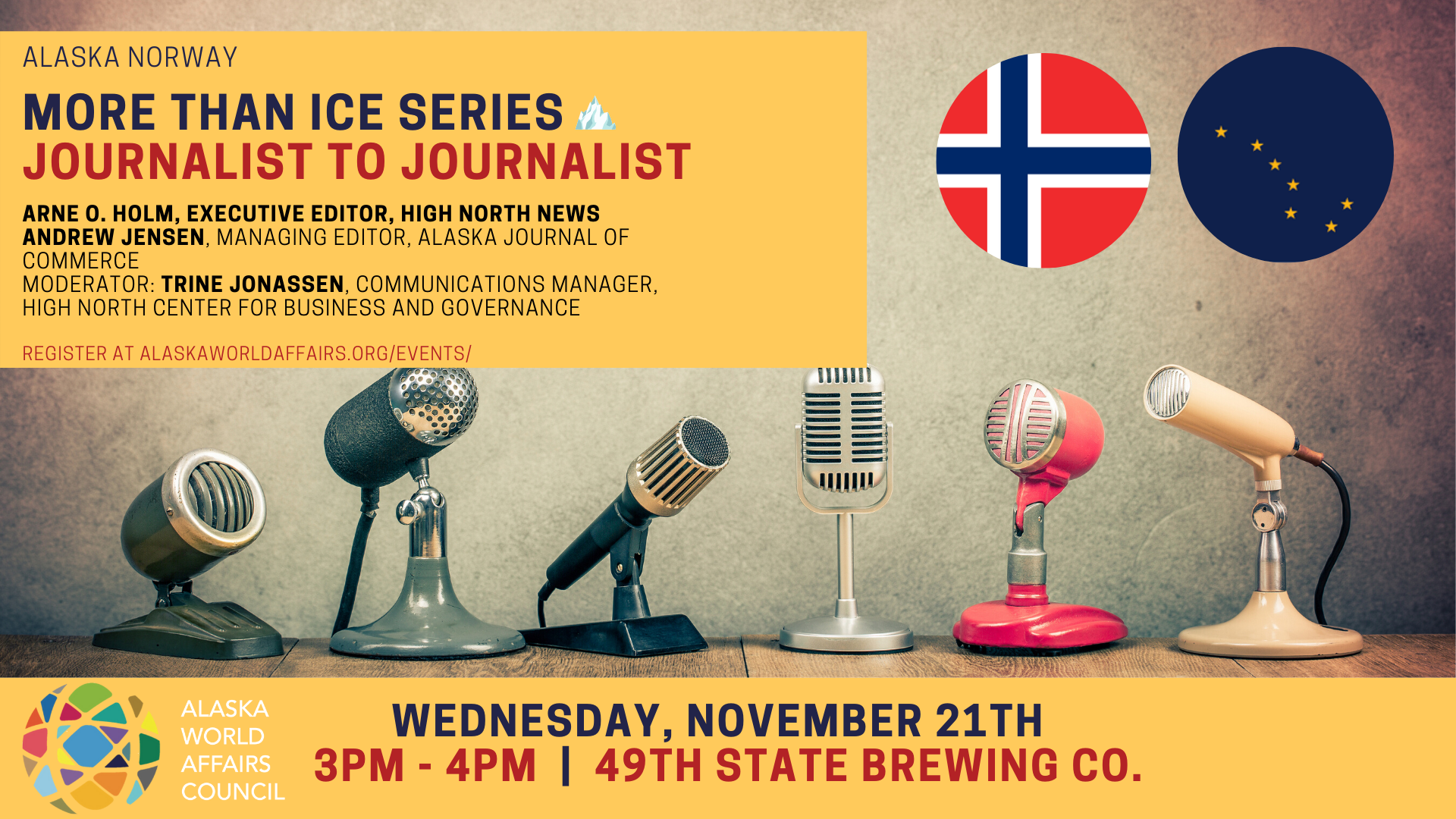 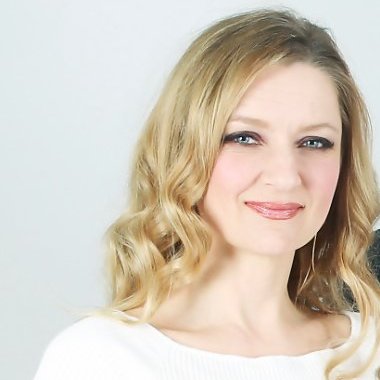 Trine Jonassen is the communications adviser at the High North Center for Business and Governance. She studied journalism at Nord University and has her background from media. She is an experienced columnist and photographer.

Andrew Jensen has practiced journalism since 1998 when he began covering Razorbacks athletics as a reporter for the University of Arkansas student newspaper before graduating with a degree in journalism and a minor in political science. From 2006 to 2009 he was an associate editor at the Northwest Arkansas Business Journal covering companies such as Walmart, Tyson Foods and JB Hunt Transportation. In March 2010, he joined the Alaska Journal of Commerce as a reporter covering commercial fishing in addition to telecoms, banking and health care. He was named to his current position as managing editor of the Journal in May 2012.

Arne Holm works as executive editor of the High North News (Highnorthnews.com), an independent newspaper published by the High North Center at the Nord University in Bodø, Norway. High North News have journalists all over the Arctic, covering news and analyses about politics and business in the high north.

Holm has had a long and prominent journalistic career and has worked for some of Norway’s leading media companies. In addition, he has published several books. He has won several national awards for outstanding journalism.  Holm comes from Bodø, and is thus a northerner by birth. He has spent several years on Svalbard, which has added to his extensive knowledge of the Arctic.  Holm has been employed at the High North Center since 2007.