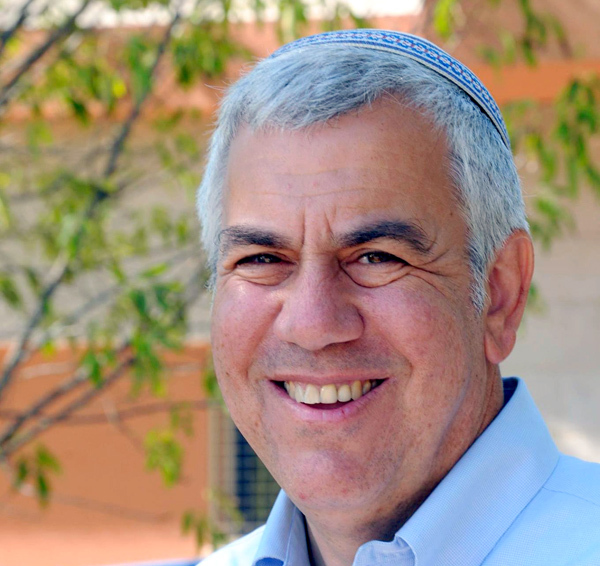 Join the former mayor of Shiloh, Israel, David Rubin for an informal coffee conversation on Friday, June 8th at the Downtown Kaladi Brothers Cafe. This event is FREE and completely full.

David Rubin is a former mayor of Shiloh, Israel—in the region of Samaria, known to much of the world as the West Bank. He is the founder and president of Shiloh Israel Children’s Fund (SICF) —dedicated to healing the trauma of children who have been victims of terrorist attacks, as well as rebuilding the biblical heartland of Israel. SICF was established after Rubin and his three-year-old son were wounded in a vicious terrorist attack while driving home from Jerusalem. The toddler was shot in the head, but the bullet fired from an AK-47 assault rifle missed his brain stem by one millimeter. Rubin vowed to retaliate—not with hatred, nor with anger, but with compassion—in order to affect positive change for Israel and its children. He established a network of therapeutic, educational, and recreational programs that have profoundly impacted thousands of young lives, while simultaneously changing the political landscape, as Israel’s historic places are being rebuilt.

As the organization’s activities have grown, David Rubin has become an address for those who want to learn the facts on the ground in Israel, without the distortions about Israel and the Middle East that too often are the norm in much of the mainstream media.

David Rubin’s extensive knowledge about Terrorism, Israel, the U.S.-Israel relationship, and Israel’s role in the world isn’t merely an academic expression that comes only from research, but rather a real-life expression that comes from the heart. Whether writing about history, societal turmoil, terrorism or tolerance, David’s genuine feelings and passion for his topic come across loud and clear.

Born and raised in Brooklyn, NY, Rubin resides in Israel with his wife and children on a hilltop overlooking the site of Ancient Shiloh. (Visit Rubin’s website to read his full biography.)