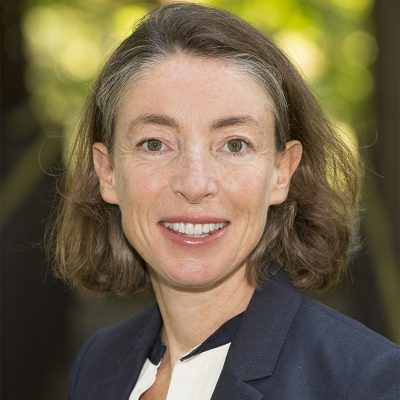 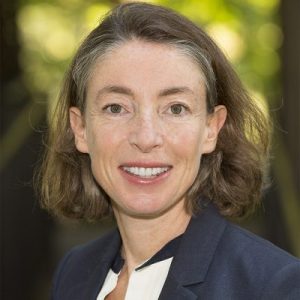 Emma Sky is director of Yale’s Maurice R. Greenberg World Fellows Program and a Senior Fellow at the Jackson Institute, where she teaches Middle East politics. She is the author of The Unraveling: High Hopes and Missed Opportunities in Iraq. Sky served as advisor to the Commanding General of US Forces in Iraq from 2007-2010; as advisor to the Commander of NATO’s International Security Assistance Force in Afghanistan in 2006; as advisor to the US Security Co-ordinator for the Middle East Peace Process in 2005; and as Governorate Co-ordinator of Kirkuk for the Coalition Provisional Authority, 2003-2004. Prior to that, Sky worked in the Palestinian territories for a decade, managing projects to develop Palestinian institutions; and to promote co-existence between Israelis and Palestinians. In addition, Emma has provided technical assistance on poverty elimination, human rights, justice public administration reform, security sector reform, and conflict resolution in the Middle East, South Asia and Africa. Sky has published numerous articles including in The New York Times, Foreign Affairs, Foreign Policy, Politico, Atlantic, Slate, Survival, Center for a New American Security, US Institute of Peace, the Guardian, and the Journal of the Royal United Services Institute for Defence and Security Studies. Sky was educated at Oxford (UK), Alexandria (Egypt), Hebrew University of Jerusalem (Israel) and Liverpool (UK). Sky was made an Officer of the Order of the British Empire for her services in Iraq. 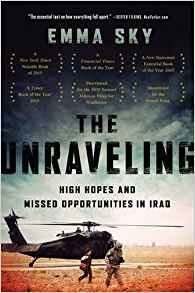 When Emma Sky volunteered to help rebuild Iraq after the overthrow of Saddam Hussein in 2003, she had little idea what she was getting in to. Her assignment was only supposed to last three months. She went on to serve there longer than any other senior military or diplomatic figure, giving her an unrivaled perspective of the entire conflict.

As the representative of the Coalition Provisional Authority in Kirkuk in 2003 and then the political advisor to US General Odierno from 2007-2010, Sky was valued for her knowledge of the region and her outspoken voice. She became a tireless witness to American efforts to transform a country traumatized by decades of war, sanctions, and brutal dictatorship; to insurgencies and civil war; to the planning and implementation of the surge and the subsequent drawdown of US troops; to the corrupt political elites who used sectarianism to mobilize support; and to the takeover of a third of the country by the Islamic State.

With sharp detail and tremendous empathy, Sky provides unique insights into the US military as well as the complexities, diversity, and evolution of Iraqi society. The Unraveling is an intimate insider’s portrait of how and why the Iraq adventure failed and contains a unique analysis of the course of the war. Highlighting how nothing that happened in Iraq after 2003 was inevitable, Sky exposes the failures of the policies of both Republicans and Democrats, and the lessons that must be learned about the limitations of power.

If you missed this event you can now listen to a podcast of the discussion courtesy of Alaska Public Media by clicking the link below:

The Unraveling: High Hopes and Missed Opportunities in Iraq 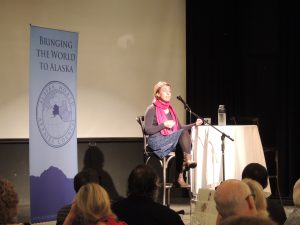