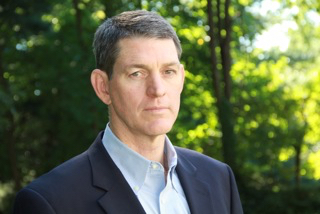 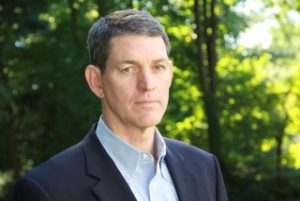 Speaker Bio:
Ambassador Henry A. Crumpton is the founder and CEO of Crumpton Group (CG) LLC, an international research/advisory and business development firm. Established in January 2008, CG serves the Fortune 500 leadership and the global business elite. He is also the CEO of Crumpton Ventures, with investments in telecommunications, cyber-security, training/education, and robotics with an emphasis on unmanned aerial systems.

Ambassador Crumpton is the CEO of Aardwolf Creative LLC, a TV/film production company, including a joint venture with STX Entertainment. Since 2008 he has served as an independent director of Argan Inc. (NYSE: AGX). He is also on the advisory boards of Enirgi Group, a Toronto based natural resource enterprise with global operations, and DC Capital Partners, a private equity firm that owns Michael Baker Inc.

A 24-year veteran of the CIA’s Clandestine Service, Ambassador Crumpton served as an operations officer in the foreign field, including tours as Chief of Station. From 1998-1999 he was the Deputy Chief of the FBI’s International Terrorist Operations Section. From 1999-2001 he served as the Deputy (Operations) of the CIA Counterterrorist Center. After 9/11 he led the CIA’s Afghanistan campaign in 2001-2002. From 2003-2005 he was the Chief of the CIA’s National Resource Division, responsible for all Clandestine Service operations in the United States. In 2005 the President of the United States appointed Crumpton as Ambassador-at-Large and the Coordinator for Counterterrorism at the US Department of State. He retired from US government service in 2007.

Ambassador Crumpton is the author of the New York Times bestselling book, The Art of Intelligence (2012), which has been translated into several foreign languages including Arabic and Chinese. He also is a contributing author of Transforming US Intelligence (2005).

He is a member of the Council on Foreign Relations and the OSS Society. His honors include the Intelligence Commendation Medal; the George H.W. Bush Award for excellence in counterterrorism; the Sherman Kent Award, in recognition of an outstanding contribution to the literature of intelligence; the Donovan Award; and the Distinguished Intelligence Medal, the CIA’s highest award for achievement.

Ambassador Crumpton earned a B.A. in Political Science from the University of New Mexico and a Masters in International Public Policy, with honors, from Johns Hopkins University’s School of Advanced International Studies.

The podcast for this event is available through Alaska Public Media’s AWAC Presents, click here to listen.