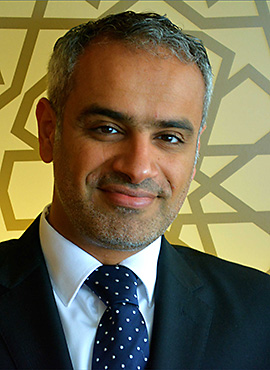 Arab Emirates (UAE) in Los Angeles covering the West Coast in July 2013. Prior to this assignment, he was the Director of the American and Pacific Affairs Department with the title of Ambassador at the UAE Ministry of Foreign Affairs.

Abdulla, a senior career diplomat, served two tours in the UAE Embassy in Washington, D.C. He started as the Director of Congressional Affairs before being appointed Consul & Head of Legal Affairs. He ended his tour in Washington as Head of the Political Section.

Prior to that, he worked at the UAE Ministry of Foreign Affairs as Chief of the European Union desk and was involved in the European Union – Gulf Cooperation Council (GCC) free trade negotiations. He also was a member of the UAE official delegation to the United Nations General Assembly Millennium Session in New York. He led, and was a member of, numerous UAE delegations to several regional and international conferences.

Abdulla graduated from the University of Minnesota with a double major in Political Science and International Relations with a minor in History. He also attended courses at the National Defense University and Brookings Institute.

He has received several awards during his diplomatic career, the last of which is “The Distinguish Diplomatic Award” from the UAE Ministry of Foreign Affairs.

Presented in Partnership with

Rotary East members should RSVP through the Rotary Club of Anchorage East.