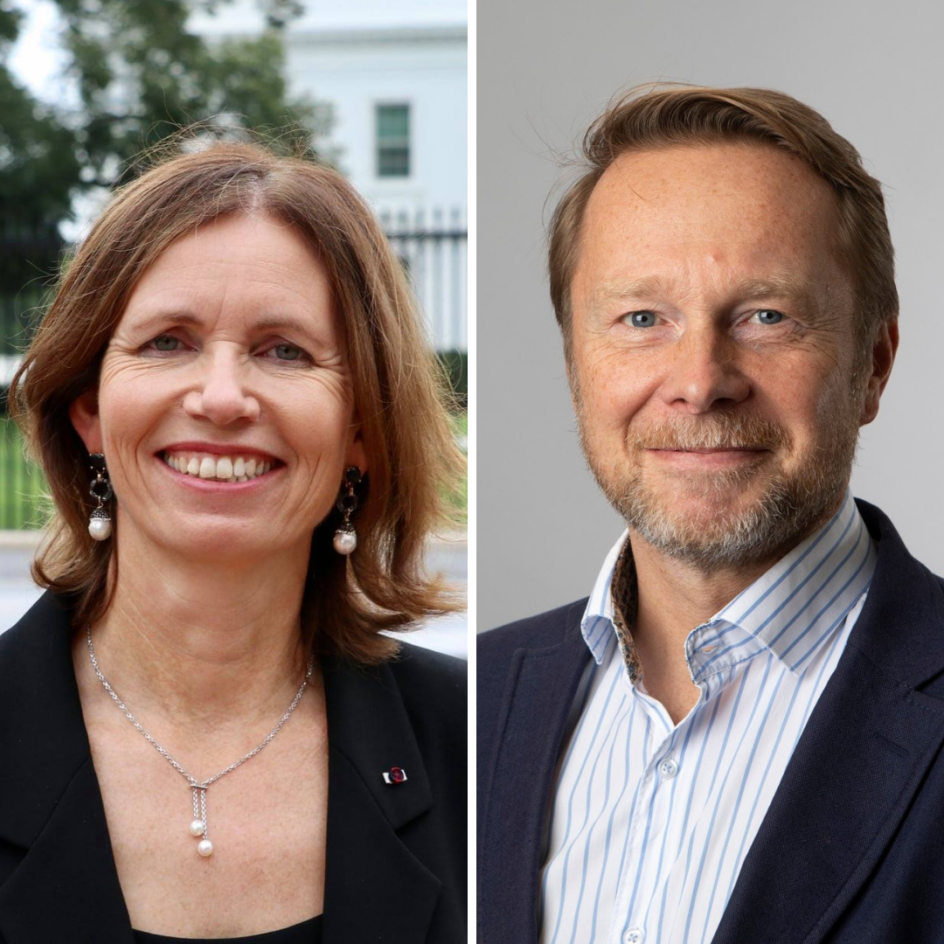 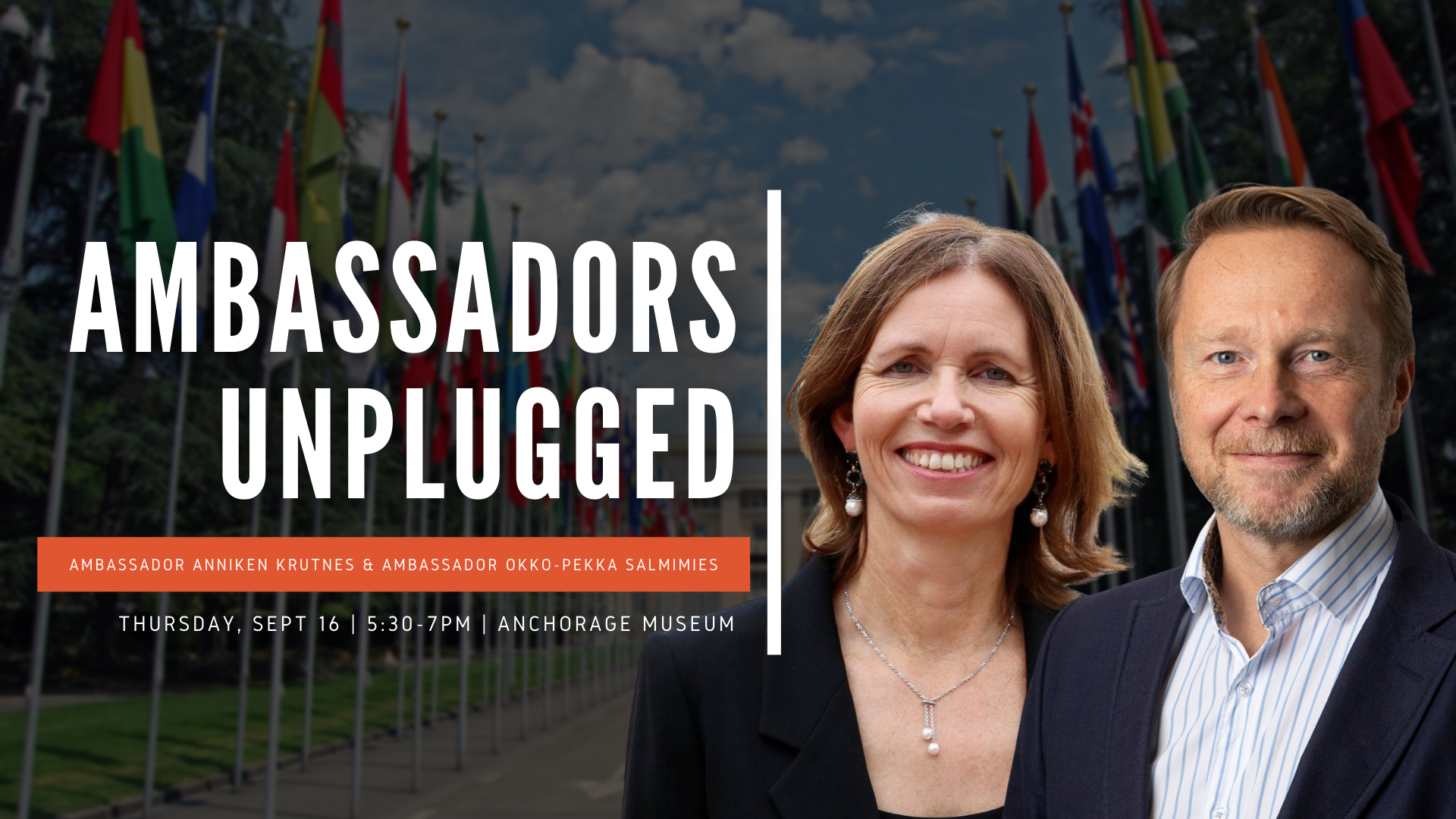 Join us for an interactive conversation with Ambassador of Norway, Anniken Krutnes, and Ambassador Okko-Pekka Salmimies, Consul General of Finland in Los Angeles. This program is a part of the Evangeline Atwood Distinguished Speakers Series and Ambassadors Unplugged, a series of talks with Ambassadors on issues such as climate change, gender equality, technology, alternative energy, and the world post-Covid. 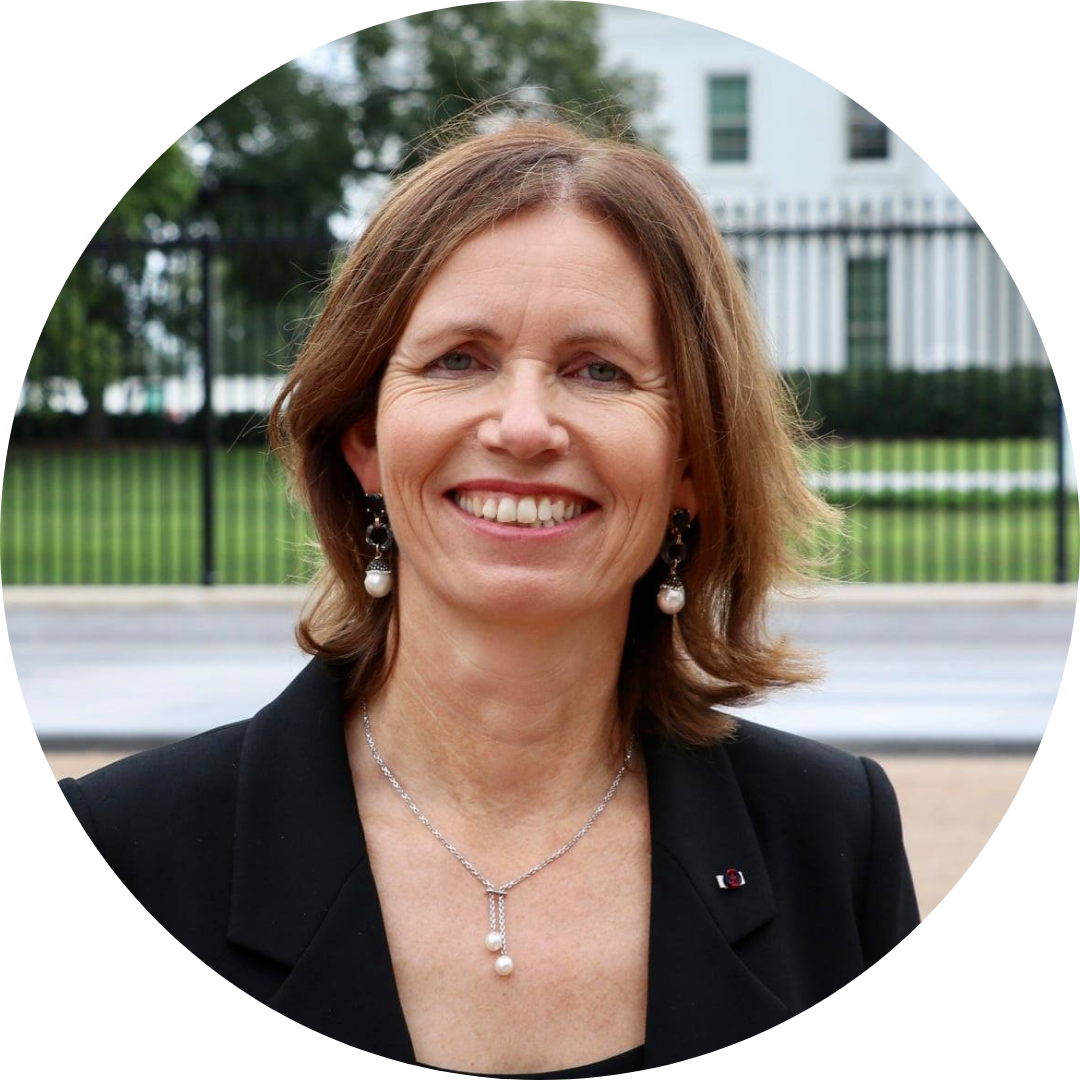 Anniken Krutnes is Norway’s Ambassador to the United States. An expert in security policy, law of the sea and Arctic issues, Amb. Krutnes has served with the Norwegian Ministry of Foreign Affairs since beginning as a trainee in 1994. In her previous position with the Ministry, she served as Deputy Director General of the Department of Security Policy. Before that, she was Norway’s Ambassador for Arctic and Antarctic Affairs.

Amb. Krutnes has had postings in several European countries, including ambassadorships of the Netherlands and Luxembourg. She was recently a member of the UN Group of Governmental Experts on Advancing responsible State behavior in cyberspace in the context of international security.

She holds a Master of Laws from the University of Oslo and a Master of Science in Economics and Administration from the Norwegian School of Economics, and has also studied international management at Universittá Luigi Bocconi in Milan, Italy. Amb. Krutnes is married and has three adult children. 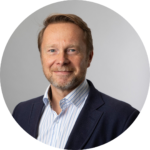 Okko-Pekka Salmimies was appointed Consul General of Finland in Los Angeles in January 2021. He took up his duties covering 13 western states in September 2021.

Mr. Salmimies worked in the European Free Trade Association (EFTA) Secretariat in Geneva from 1993 to 1994. From 1994 to 1996, he was Research Fellow at the Finnish Institute of International Affairs specializing in international trade and globalization. In 1997, he worked as editor and consultant in a communications company in Helsinki and later that year entered the training course on international affairs and diplomacy of the Ministry of Foreign Affairs. Successively to the course he served as Attaché to the Secretariat for Nordic Cooperation and Unit for Human rights in the Ministry of Foreign Affairs.

From 1998 to 2001 he served as First Secretary at the Permanent Representation of Finland to the European Union in Brussels and was responsible for trade policy and transatlantic relations. In 2001 he returned to the Ministry of Foreign Affairs and served as First Secretary responsible and Team Leader for trade in services at the Department for External Economic Relations.

From 2003 to 2005, he served as Diplomatic Adviser and Head of Cabinet to the Minister for Foreign Trade, Development and European Affairs. In 2005, he was appointed Deputy Permanent Representative of Finland to the Organisation for Economic Cooperation and Development (OECD) in Paris, where he served until 2009. In 2009, he returned to the Ministry for Foreign Affairs as Director for the Civil Society Unit at the Department for Development Policy. From 2011 to 2013, Mr. Salmimies worked as Director of the Trade Policy Unit at the Department for External Economic Relations.

In 2013 he was appointed Permanent Representative and Ambassador of Finland to the OECD and UNESCO in Paris, where he served until 2016. He returned to the Ministry of Foreign Affairs in 2016 and served as Ambassador for Team Finland, Coordinator of export and investment promotion activities to July 2020. In August 2020, he took up his duties as Visiting Senior Fellow at the Finnish Institute of International Affairs. His research is focusing on foreign policy issues related to trade, technology and sustainable development.

Mr. Salmimies was born in 1967 in Helsinki and holds a Masters in Political Science from the University of Helsinki, which he obtained in 1993. He is married to Ms. Riikka Tiitola-Salmimies and they have three adult children. His hobbies include sports (running, cross country skiing, tennis and golf) music (playing drums) and reading. 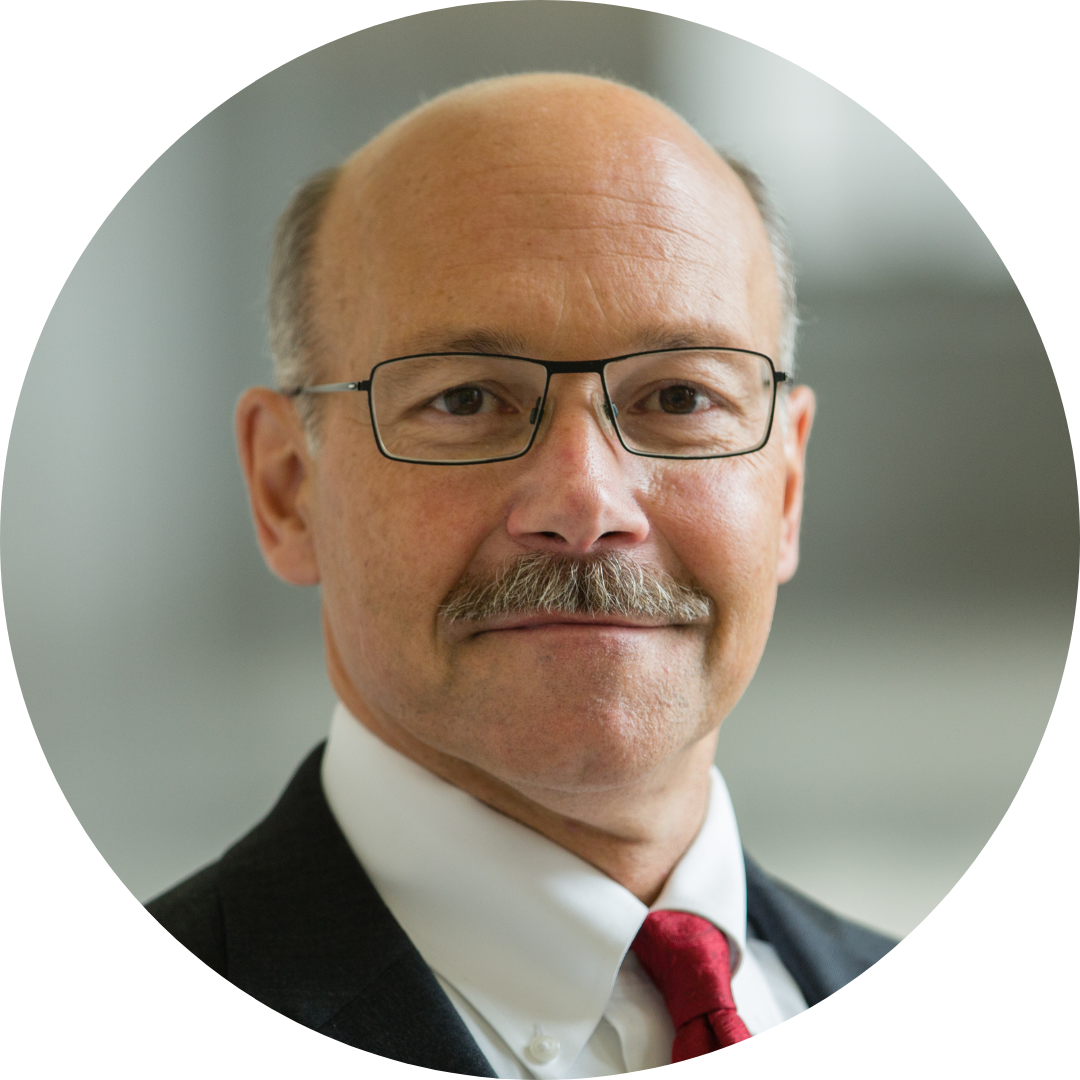 Dr. Mike Sfraga is the founding director of the Polar Institute and also serves as the director of the Global Risk and Resilience Program at the Woodrow Wilson International Center for Scholars. An Alaskan and a geographer by training, his work focuses on the changing geography of the Arctic and Antarctic landscapes, Arctic policy, and the impacts and implications of a changing climate on political, social, economic, environmental, and security regimes in the Arctic. Read more… 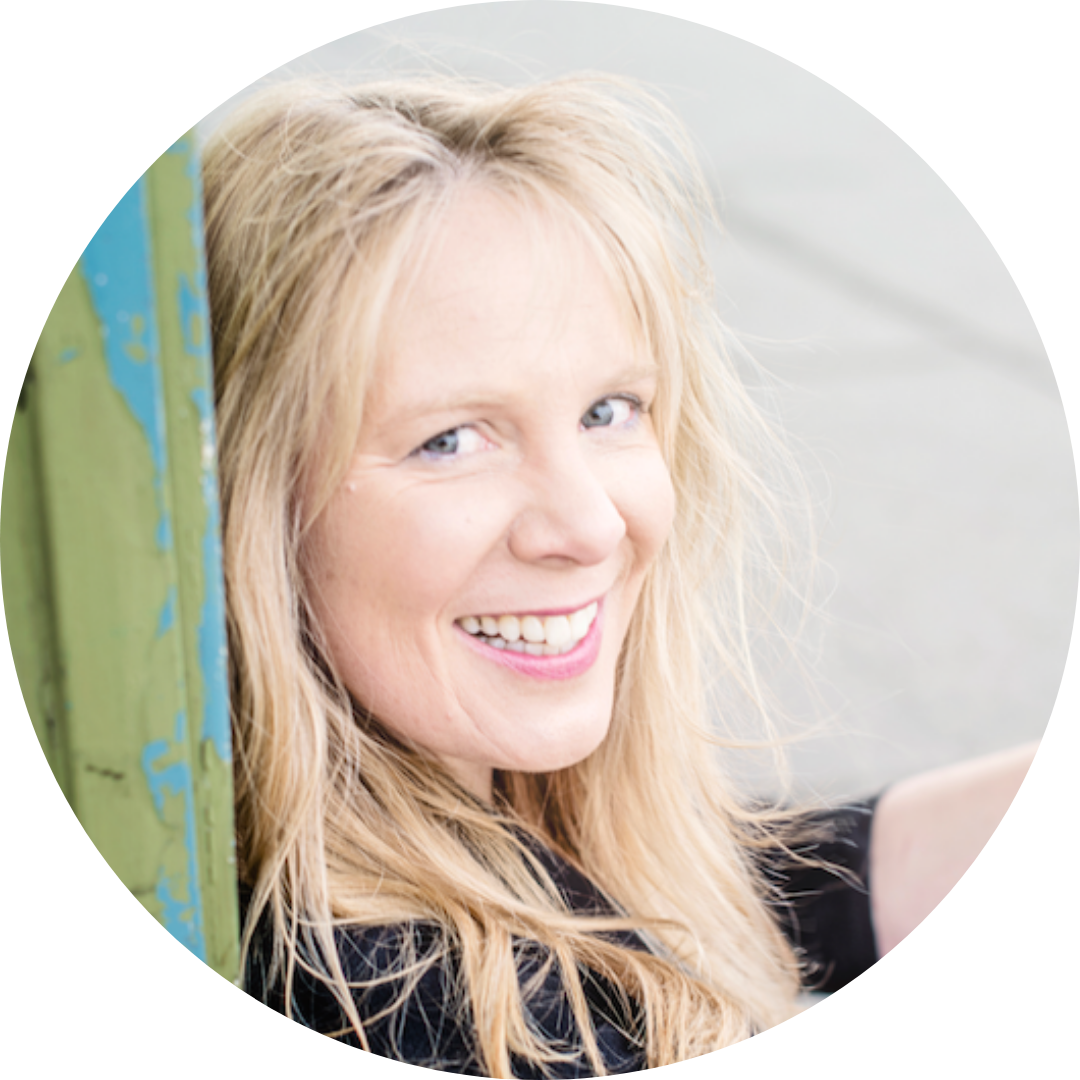 Lise Kristiansen (formerly Falskow) was born and raised in Alaska and holds a degree in Economics and Accounting from Claremont McKenna College. She worked as a CPA in Seattle, Washington and Zurich, Switzerland. She then helped establish a Financial Analyst Group for the Energy Division of a major oil company in Oslo, Norway. As a dual Norwegian and US Citizen, her interest in world cultures has taken her to many exciting places, including her return to Anchorage, Alaska where she is the Royal Norwegian Honorary Consul for Alaska. Lise is a member of the Anchorage Chamber of Commerce Athena Society and was named one of Anchorage’s Top 40 Under 40. With close ties to the local community, she has been appointed as the Honorary Commander of the F-22 fighter unit, known as the Dicemen.  Lise has a passion for sports, music (including playing the piano), and has participated in 6 Ironman Triathlons.