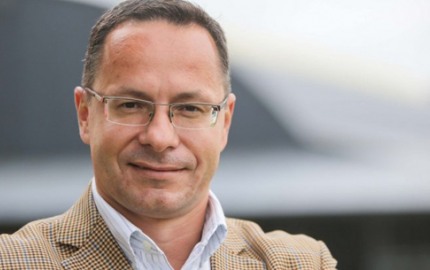 Missed the Ambassador’s presentation or would like to listen to it again? Check-out AWAC Presents on Alaska Public Media!

Could Lithuania be the next Start-up Nation? Positioned at the meeting point of the EU, Nordic and Asian countries with business-friendly tax incentives, an educated (largely English-speaking) workforce, one of the fastest internet networks in the world, and a strong culture of entrepreneurship, Lithuanian is on the rise. The first of the Soviet republics to declare independence after the collapse of the Soviet Union, Lithuania adopted the Euro on January 1, 2015. This timely, momentous decision both symbolically and economically anchors Lithuania within the Eurozone at a time when the region is seeking greater security guarantees from their allies amid fears of growing Russian expansionism.

Come hear from His Excellency, Žygimantas Pavilionis, Lithuanian Ambassador to the United States and Mexico, and discover the factors that have contributed to Lithuania’s transformation since 1990; how Lithuania is out-pacing its Baltic neighbors in foreign direct investment and job creation; and what opportunities might exist for invigorated economic and diplomatic ties with the U.S.

Žygimantas Pavilionis became ambassador of Lithuania to the United States on Aug. 5, 2010.Born on August 22, 1971, in Vilnius, Pavilionis grew up with parents who prized higher education. He attended college at Vilnius University, where he earned a master’s degree in philosophy and postgraduate diploma in international relations. Ambassador Pavilionis joined the Ministry of Foreign Affairs in 1993 and was instrumental in helping Lithuania achieve accession into NATO and the European Union. Pavilionis was then promoted to lead the Ministry of Foreign Affairs’ European Integration Department from 2002-2004. Most recently, he served as ambassador-at-large and chief coordinator for Lithuania’s presidency of the Community of Democracies, as well as chief coordinator for the Transatlantic Cooperation and Security Policy Department at the Ministry of Foreign Affairs.Pavilionis and his wife, Lina Pavilioniene, have four sons.