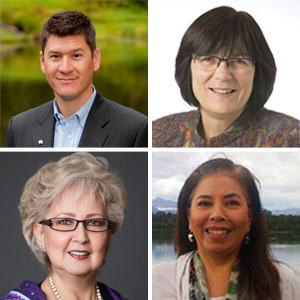 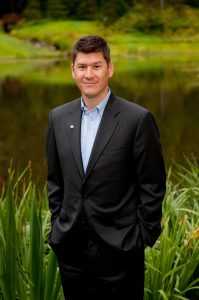 Jason Metrokin was born and raised in Anchorage, Alaska. He earned his bachelor’s degree in business administration from Massachusetts College of Liberal Arts and his MBA from Alaska Pacific University. After serving for 5 years on the board of directors, and as director of shareholder & corporate relations for Bristol Bay Native Corporation (BBNC), he was named as President and Chief Executive Officer in January 2009. His family hails from Kodiak Island and Bristol Bay Alaska as well as Massachusetts. As a beneficiary of his late grandfather’s shares in BBNC, Jason is a Bristol Bay descendant and is the first non-original shareholder of an Alaska Native Claims Settlement Act (ANCSA) regional corporation to become President/CEO. He is the recent past Chairman of the ANCSA Regional Association; an organization representing the CEOs of each of the 12 Alaska Native regional corporations.

Mr. Metrokin previously worked as vice president and development director at First Alaskans Institute, a statewide, Alaska Native leadership development and public policy organization and as a vice president and commercial relationship manager at Wells Fargo Bank (formerly National Bank of Alaska). In addition, Mr. Metrokin has served on a number of corporate and non-profit boards of directors including BBNC subsidiary companies, United Way of Anchorage, the Alaska Community Foundation, Alaska Regional Hospital, Alaska Pacific University and the Rasmuson Foundation. In 2000, he was chosen as a Top 40 Business person under 40 and has graduated from programs such as Leadership Anchorage and BBNC’s Training Without Walls. Jason lives in Anchorage with his wife Shannon and their two sons. He enjoys the outdoors, plays hockey and continues to volunteer in the community. 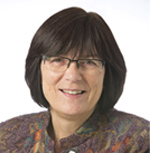 Helvi Sandvik is the president of NANA Development Corporation (NDC), with the dual responsibility of working to fulfill NANA’s commitment to providing career opportunities for its shareholders and to grow NDC into a multi-billion dollar revenue corporation. Sandvik is originally from the village of Kiana in the NANA region. She came to NANA in 1995, after 12 years with the State of Alaska Department of Transportation where she served as transportation planner, director of statewide aviation, and finally deputy commissioner.

At NANA, Sandvik rose to the rank of president, after serving NANA in various other senior level positions. Sandvik is extensively involved in local and national organizations, and currently serves as a trustee for the Aqqaluk Trust. She currently serves as a director on Alaska Airlines’ board. She is a past commissioner of the U.S. Arctic Research Commission, former chair of the Seattle branch of the Federal Reserve Bank of San Francisco and past chairman of the Alaska State Chamber of Commerce Board of Directors. She is also a former board member for the Alaska Industrial Development and Export Authority, the Alaska Energy Authority and United Way.

Sandvik earned her Bachelor of Science degree in economics from Kalamazoo College in Michigan and her master’s degree in business administration from the University of Alaska Fairbanks. 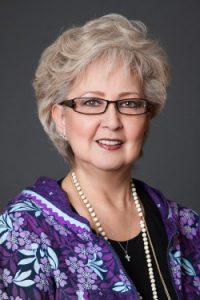 Gail Anagick Schubert is the President & CEO of Bering Straits Native Corporation (BSNC), an Alaska Native regional corporation serving seventeen villages in the Bering Straits region. She is Inupiaq Eskimo and was born and raised in Unalakleet, Alaska. She serves on a number of boards including the State of Alaska’s Retirement Management Board, the ANCSA Regional CEOs Association, and the Alaska Federation of Natives. She is also a member of the Arctic Economic Council. Gail earned her undergraduate degree from Stanford University, an MBA from Cornell University’s Johnson School of Management, and her law degree from the Cornell Law School. Gail is an ATHENA society member, YWCA Woman of Achievement awardee, and a 2014 recipient of the Northwest Indian Bar Association’s Unsung Hero Award. 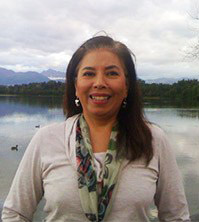 Dr. Maria Williams is the Director of the Alaska Native Studies program at the University of Alaska Anchorage and teaches courses in Alaska Native Music and World Music. A Tlingit Native, she earned her Ph.D. from UCLA specializing in Ethnomusicology in 1996 and has produced two documentaries on Alaska Native music and elders.

You can catch the podcast for this event courtesy of Alaska Public Media: listen to it here.