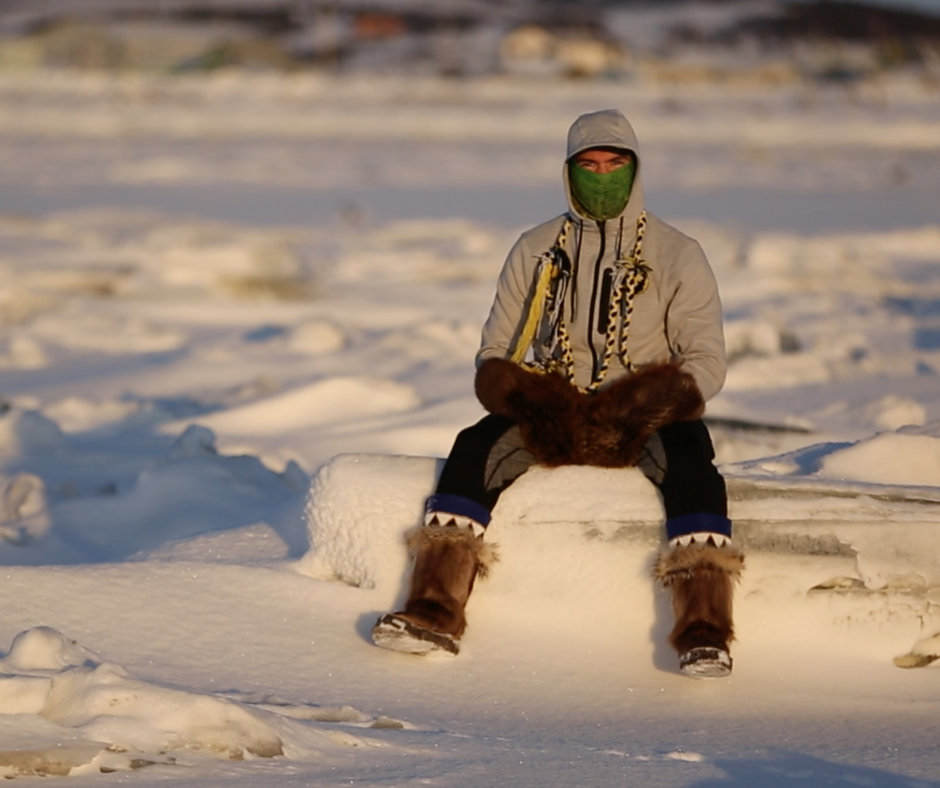 The Alaska World Affairs Council has been able to offer programs that bring the world to Alaska for the past 60 years. Now, during these unprecedented times we are able to use Zoom to bring Alaska to the world! With people tuning in from around the world, people are able to engage in this wonderful program that features Nick Hanson, known to many as the “EskimoNinja” from his being on the TV competition show NBC’s American Ninja Warrior for 6 seasons. Speaking on the bridge between Alaska Native culture and Western culture, both of which Nick is a part of being half-white and half-Iñupiaq, this program is able to open the dialogue and introduce a fresh perspective on Alaska world affairs.

Nick Hanson, from Unalakleet, is a huge asset to Alaska and the region. As a young child, he was bullied for his mixed heritage and used sports as an outlet. His experiences in his youth living in a small village led him to search for knowledge in the adults in his community. Through this Nick became a top athlete in his community. After earning his degree in civil engineering and interning with companies like BP, Alyeska Pipeline, and ConocoPhillips throughout college, Nick was able to work for NASA at the Goddard Space Flight Center on the other side of the country. As amazing as these opportunities were, change and spontaneity led him to return to Unalakleet. His engagement with the youth in his village has been essential in his work as a community leader. In fact, it was an 8th grader that told him to try out for American Ninja Warrior!

One of the biggest stigmas that can be found in today’s society is found in the topic of suicide. A difficult situation that Hanson has personal experiences within his life and those around him. He believes that Western culture comes into play in modern times where the narrative has done a 180˚ flip now that men are no longer essential in providing for their communities, which has been the historical norm. Where Nick has found ways to motivate himself, he seeks to inspire others to do the same. He serves as a great example that young men in his village also have more than one option available for them in life.

So, the question found throughout the hour-long inspiring discussion is, “What does it take to be Ninja Warrior?” For the “Eskimo Ninja” the answer lies in knowing who you are. Finding your purpose is dependent on the individual and being yourself. Alaskan diversity is different to the continental U.S. diversity and being able to deal with the current events can be found in each other’s support systems, which is important for Alaskans to be able to understand each other. Finding yourself in the political gray area is interesting in opening discussions and perspectives, so understanding who we are leads us to better helping others and involving ourselves in various political movements.

Building a community and having constructive dialogue is important in being able to facilitate these programs and showing what they have to offer. Ending with a Q&A from questions in the chat we can better engage with communities and open the discussion in world affairs. With two guest appearances from fellow Ninjas, Grant McCartney “Island Ninja” and Daniel Gill “Kingdom Ninja”, you never know what surprises lie ahead in fellow AKWorld programs!

This program was a part of an education project with The CIRI Foundation. Thank you TCF for your support in bringing the world to Alaska!