Dr. Ciddi’s discussion on “Turkey’s Role in the Shaping of the New Middle East,” was an experience for everyone in the audience. From the onset, he changed our perspective on Turkey. Before the presentation, Dr. Ciddi posed a statement for discussion at each table with the guidance that each table would need to come to a consensus on whether they agree, are neutral, or disagree with the statement. The statement was, “The US, in collaboration with its allies, should take more direct action in Syria to contain and eliminate ISIS.”

Following the table discussions, Dr. Ciddi started off by saying that ISIS is the biggest threat to regional and global security since World War II. ISIS is not only taking over land but also forcing residents to flee their homes, which contributes to the refugee crisis we see today. He criticized the US for being reluctant to do anything, other than arm rebels and strike from the air. In his opinion, military action is not going to solve the problem that has arisen in the Middle East; as that is only curing the symptoms not the disease. The disease is radicalization, which can be solved through investing in the impoverished infrastructure of many Middle East nations. Bombing will not solve the problem; it will only cost money and lives. Even if ISIS is eliminated, Dr. Ciddi believes the situation will just lead to a power vacuum, which in turn will be a catalyst for an even stronger terrorist network.

After outlining the current situation in the Middle East, Dr. Ciddi moved on to Turkey; the only country, in his 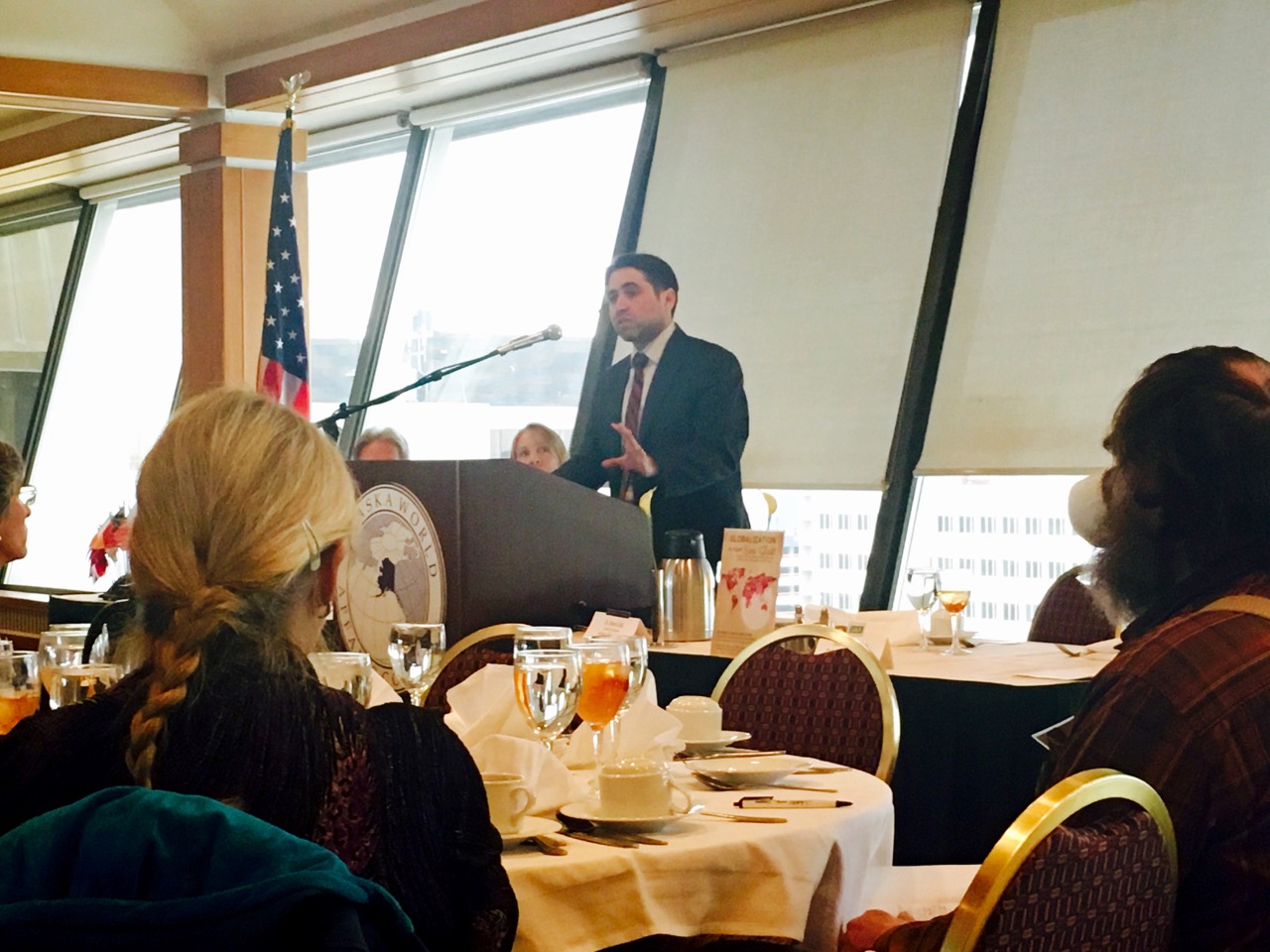 opinion, doing the most to create peace in the Middle East. He further elaborated on this citing Turkey as the only strong Islamic democracy and a bridge for western and Islamic ideals. Currently one of Turkey’s primary policy focuses is to overthrow the Assad regime, by any means necessary. This includes Turkey aiding rebel groups. Dr. Ciddi highlighted Turkey’s lack of focus on extremist attacks in their own country as they focus only on getting rid of the Assad regime.

Contrasting Turkey’s position, Russia, whose leader wants to grow another Russian empire, sends troops to his Syrian ally, Assad. Dr. Ciddi warned that in the future

Turkey’s pursuit of Assad’s fall and Russia’s protection of Assad, may cause tension, possibly even to the degree of the outbreak of the next world war between Turkey, and its NATO allies, and Russia.

At the end of his speech, Dr. Ciddi posed the same statement for table discussions, “The US, in collaboration with its allies, should take more direct action in Syria to contain and eliminate ISIS.” Answers were electronically collected and, very quickly, results were published showing a dramatic increase of agreement with the statement than before his presentation.

Listen to the podcast of this program on Alaska Public Media’s website.