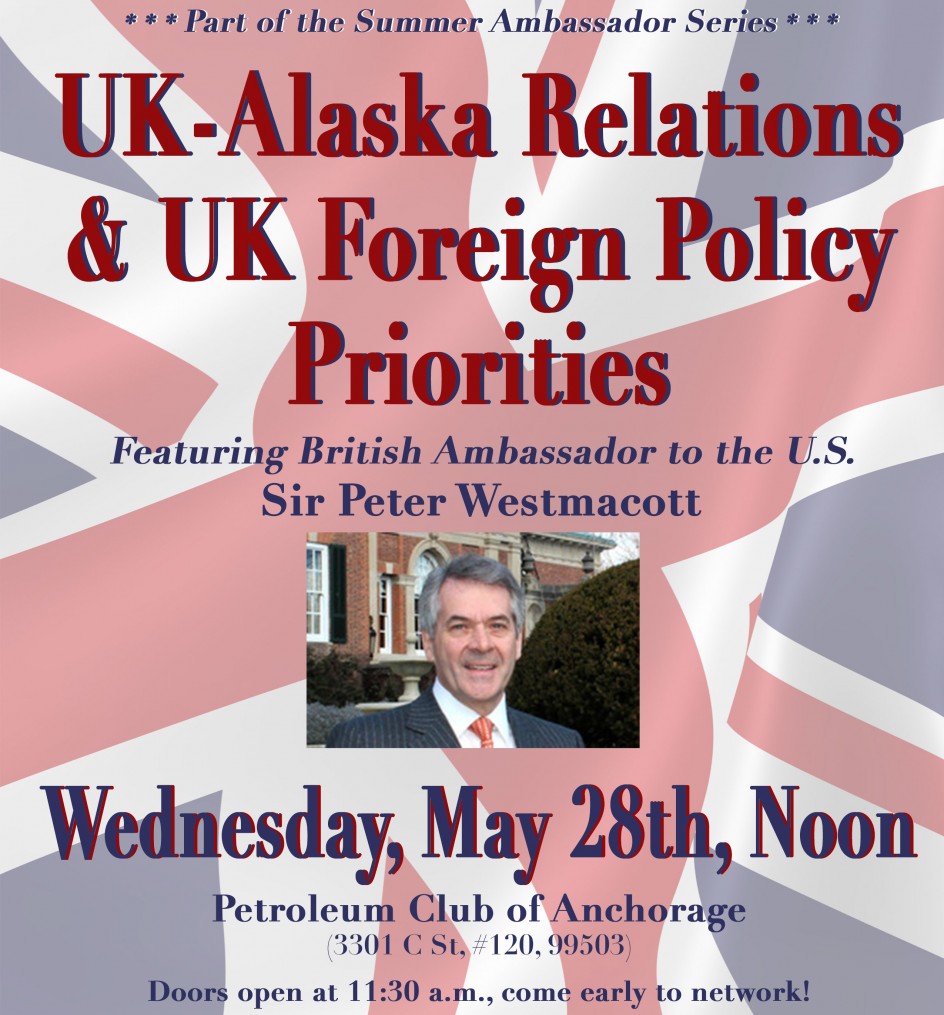 Space is limited, please RSVP by Monday, May 26th by registering online, emailing info@alaskaworldaffairs.org, or calling (907)276-8038

Sir Peter Westmacott, KCMG, LVO became British Ambassador to the United States in January 2012. This is his second posting in Washington, having previously served as the British Embassy’s Counsellor for Political and Public Affairs in the mid-1990s.

Prior to his service as ambassador to the United States, Peter served as the British Ambassador to France—from 2007 to 2011—and as Ambassador to Turkey starting in 2002. Peter’s forty-year career in the British Diplomatic Service has included postings in Tehran and Brussels, time as the Foreign and Commonwealth Office’s Director for the Americas, and a seat on the board of the Foreign Office as Deputy Under Secretary. In addition, he served as Deputy Private Secretary to His Royal Highness The Prince of Wales from 1990 to 1993.

Peter’s personal connection to the United States extends back even further than his diplomatic posting. In 1942, his father was a sailor on the HMS Illustrious as it underwent repairs in Norfolk, Virginia to recover from damage inflicted during fighting at Malta.

Peter was born in the village of Edington, Somerset in the South West of England in December 1950. He was educated at New College Oxford and joined the Diplomatic Service in 1972. He married Susie Nemazee in 2001; together they have four grown children: Oliver, Laura, Rupert and Safieh.