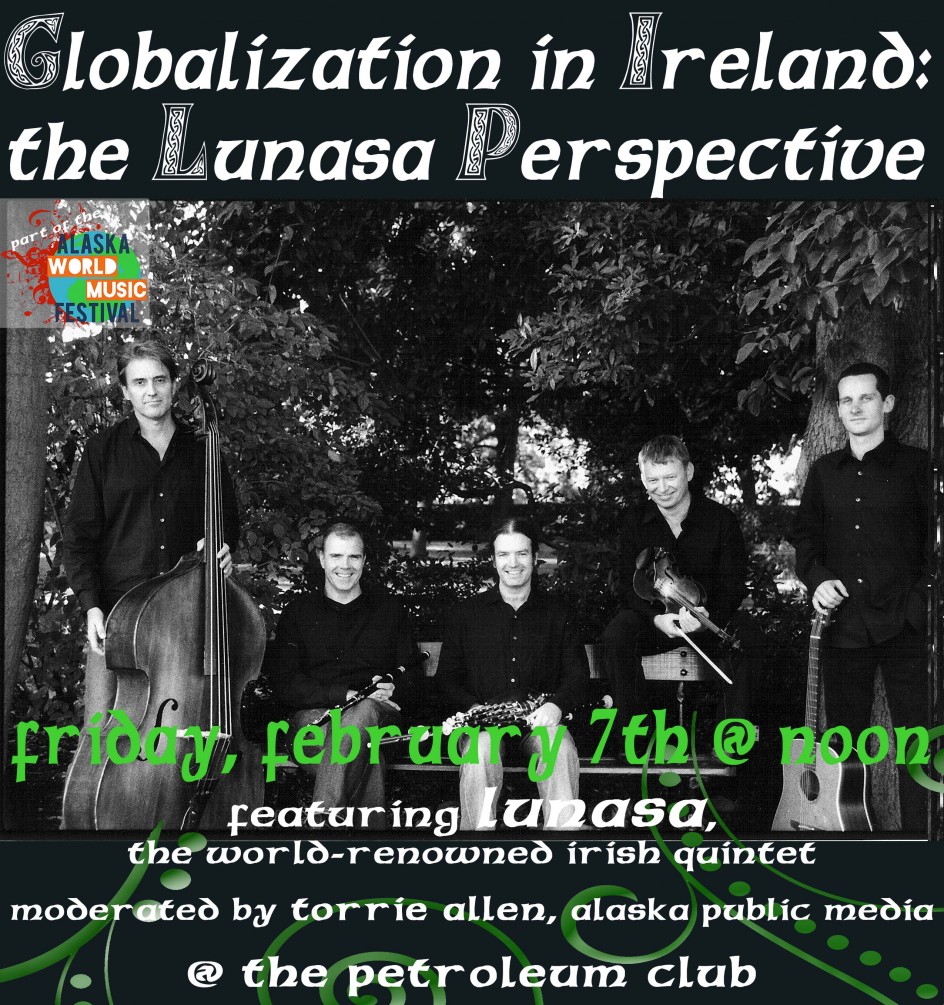 Podcast:
Did you miss the conversation with Lunasa or want to hear it again? Check-out the program podcast on Alaska Public Media by clicking here.

Lunasa Bio:
Lúnasa are internationally acknowledged as being the finest Irish instrumental band of recent times. They are renowned for their constant touring, having performed over 1,500 shows across the globe since the band formed in 1997. The band has appeared at internationally renowned venues such as The Hollywood Bowl, National Concert Hall, Dublin and the Sydney Opera House. In 2011 they were invited to appear at the White House.

Lúnasa’s inventive arrangements and bass driven grooves have steered Irish acoustic music into surprising new territory. The recordings have been hailed as some of the best and most important world music albums anywhere, while the blend of intelligence, innovation, virtuosity, and passion has brought them to the forefront of Celtic music.

Prior to joining Alaska Public Media, Allen served as general and artistic director of Anchorage Opera where he gained notoriety for mounting Alaskan and Pacific Northwest premieres and new productions of operas. He introduced Alaskans to Zarzuela and was the first to produce fully- staged Russian grand opera. Under his leadership, Anchorage Opera was recognized by The Paul G. Allen Foundation as a creative and resourceful “Bright Spot” in the Pacific Northwest. In 2011, he was among 100 top executive arts leaders chosen by National Arts Strategies to participate in its Chief Executive Program, a two-year initiative designed to re-imagine what cultural institutions will be and how they can contribute to civil society. 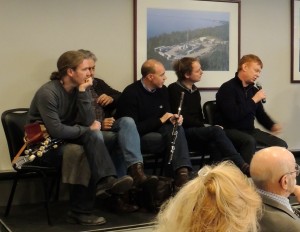