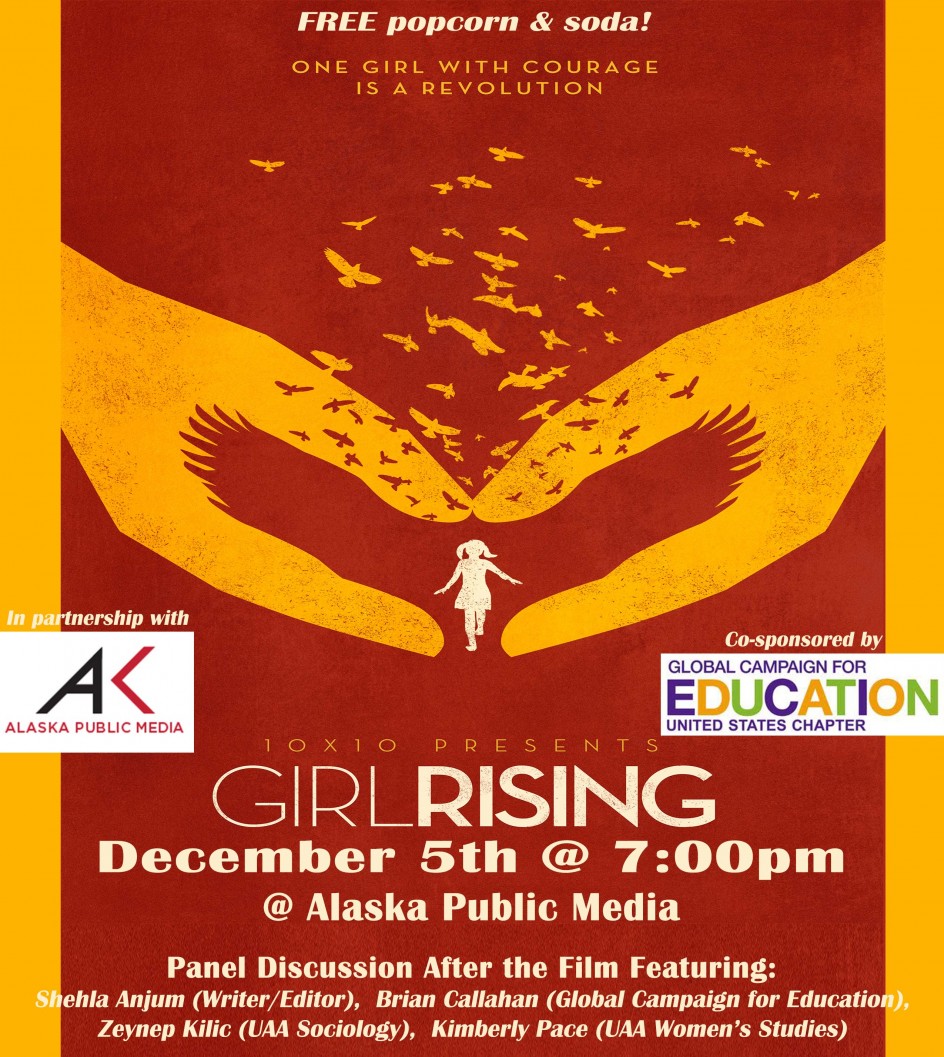 Podcast:
Did you miss the panel discussion or would like to listen to it again? Click here!

Shehla Anjum, an editor and writer in Anchorage, Alaska has lived in the United States since 1968. Originally from Karachi, Pakistan, she began her life in the cold climes of South Dakota when she received a scholarship to study at Mount Marty College in Yankton. She ended up graduating with her B.S. in biology from the the University of Minnesota, Minneapolis. And by 1977 was in Barrow, Alaska. She lived in Barrow for two and a half years, but her work as a liaison with oil companies, federal and state agencies for the North Slope Borough took her back there frequently. She has lived in Anchorage since 1979. She received her undergraduate degree at the University of Minnesota, a Masters in Public Administration from the John F. Kennedy School of Government at Harvard, and most recently a Masters of Fine Arts from the University of Alaska Anchorage.

Brian Callahan is the Advocacy and Outreach Manager for the Global Campaign for Education-US Chapter, a coalition of more than 50 national and community-based organizations working to ensure access to quality education for all children around the world. Prior joining GCE-US in September 2010 Brian worked for the American Federation of Teachers, the nation’s second largest teachers’ union, where he coordinated the Education for All campaign. Brian’s advocacy experience also includes working with the Child Labor Coalition to eradicate child labor in the Uzbekistan cotton sector and in the cocoa fields of West Africa. Brian began his career as an intern for a Congresswoman from Northern California. He is a graduate of San Francisco State University with a degree in Political Science.

Zeynep Kilic grew up in Turkey and studied economics at the Middle East Technical University in Ankara. She arrived in the U.S. in her early 20s and completed her MA and PhD in sociology at the Arizona State University. She is currently an Assistant Professor at the UAA’s Sociology Department. She teaches sociology of globalization and sociology of race and ethnicity among other classes. Her dissertation and earlier research focused on immigration and cultural identity. Currently she is exploring food cultures and racialization of ethnic foods. Though her expertise is not in gender studies, she grew up in Turkey, a demographically Muslim country, and was raised in a middle class family that valued education.

Kimberly Pace grew up in the thriving metropolis of Soldotna, Alaska. She did her undergraduate work at the University of Montana and graduate work at Miami University in Ohio, and has been teaching at UAA since 1998. Kimberly’s primary interests include Comparative Politics, International Relations and American Government. She is the Faculty Director of Model United Nations of Alaska and the Director of Women’s Studies here at UAA, and teach classes both face-to-face and online.

This program is co-sponsored by