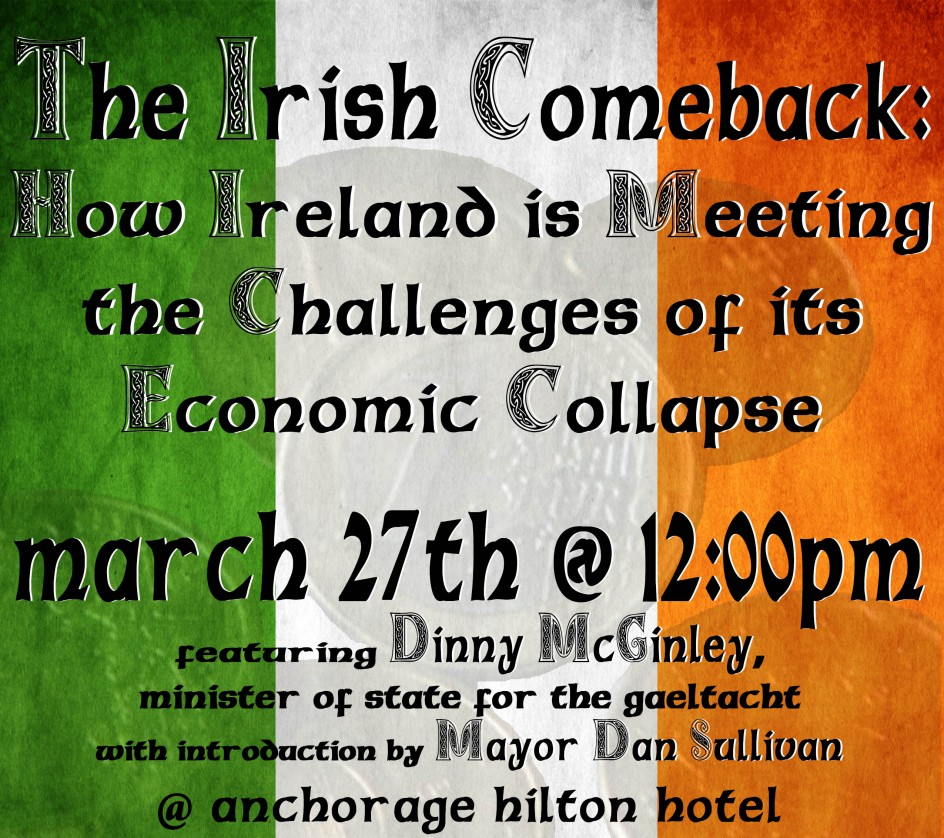 Podcast:
Did you miss Minister McGinley’s presentation or would like to listen to it again? Click here for the podcast available on Alaska Public Media.

Bio:
Dinny McGinley TD is Minister of State for the Gaeltacht. He represents the constituency of Donegal South West. He was first elected to the Dáil in 1982 and has held a range of Party Front Bench and Oireachtas positions, including Spokesperson for the Arts, Heritage and Defence. In October 2007, he was appointed Deputy Spokesperson on Community, Equality and Gaeltacht Affairs. Dinny was Chairperson of the Oireachtas Joint Committee on Climate Change and Energy Security. He was Chairman of An Comhchoiste don Ghaeilge (Oireachtas Committee on the Irish Language) from 1995 to 1997. Dinny is a former member of the Joint Oireachtas Committees on Social Affairs and on Small Business. He is a member of the British Irish Parliamentary Body since 1993. Dinny is a former chairman of the Board of Management of Pobal Scoil Ghaoth Dobhair. Other facts about Dinny: Dinny was born and raised in Gweedore, Co. Donegal. He was a member of Comhairle Raidio na Gaeltachta between 1977 and 1980. He likes to read in his spare time, and follows all sports including Soccer, GAA, Rugby and Golf. Dinny has been a member of the Irish National Teachers’ Organisation since 1965. 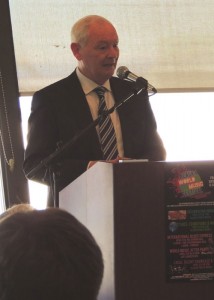 The Irish Club of Alaska