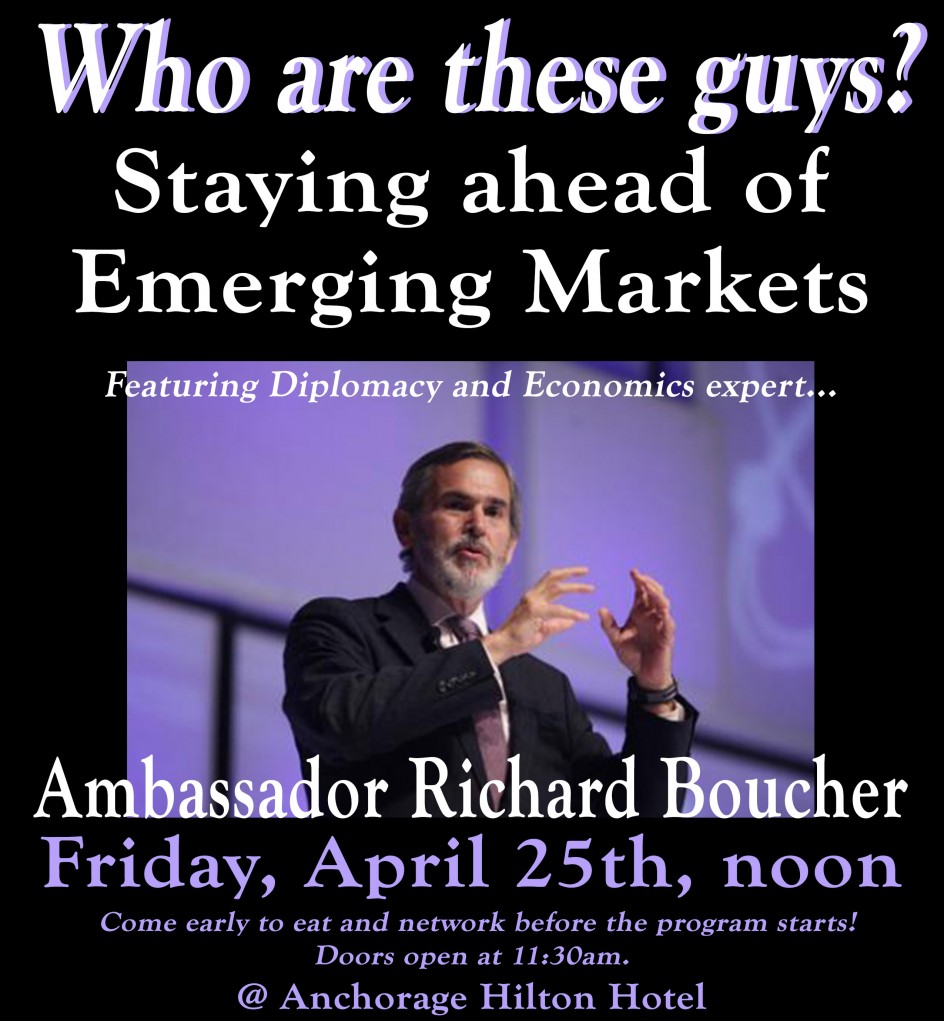 Podcast:
Did you miss Ambassador Boucher’s presentation or want to listen to it again? Check-out the podcast on Alaska Public Media by clicking here.
View, print, and share the event flyer here!

A seasoned foreign policy professional, Richard Boucher served at the center of the action as Ambassador (Cyprus), Assistant Secretary of State for South and Central Asia, including Afghanistan and Pakistan (2006-2009), Consul General during the handover of Hong Kong from British to Chinese rule (1996-1999) and the longest-serving spokesmen of the U.S. State Department (1989-1992 and 2000-2005). He achieved the highest rank, Career Ambassador, in the US Foreign Service.

Early in his career as an economic officer in China, he tracked reform on the ground. Over the next decades, he developed a unique perspective on emerging markets, especially China and India and the rebalancing of the global economy. As spokesman for six Secretaries of State, including four years under Colin Powell, he repeatedly managed communications in crises. During the fall of the Berlin Wall, Tiananmen, the first and second Gulf Wars, 9/11 and other momentous events, he helped create the history that has shaped our times. From 2009-2013, as Deputy Secretary General of the Organization for Economic Cooperation and Development (OECD), he promoted better standards and practices for economic recovery with a focus on developing and emerging countries.

Richard is now embarking on a new career teaching, speaking and writing about foreign policy, with a focus on the emerging powers. He is teaching Diplomacy and Economic Power at the Ford School of the University of Michigan in the winter semester of 2014 as the Towsley Policymaker in Residence. He has also joined the Board of the Mountain Institutean organization which works with mountain peoples to preserve ecology and culture in the mountains of West Virginia, Nepal and Peru.

This program is presented by the Alaska World Affairs Council thanks to a grant from: