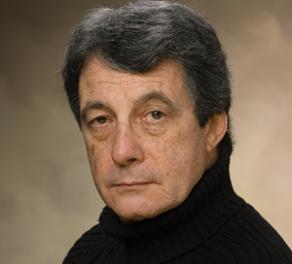 “The Obama Administration’s Pivot from the Middle East to Asia: Opportunities for Alaska and the Entire West Coast”

Bio:
Pulitzer Prize winner Lewis M. Simons began his career as a foreign correspondent in 1967, at the height of the Vietnam War. He saw the war through to the end, covering the fall in quick succession of Cambodia, Laos and Vietnam.

Since then, Simons has reported on war, civil unrest, politics and economics throughout Southeast Asia; India, Pakistan, Afghanistan and Bangladesh; Iraq and Iran; China, Japan, North Korea and South Korea, as well as the former Soviet Union. He was a staff correspondent for The Associated Press, the Washington Post, Knight-Ridder Newspapers and Time.

Simons won the Pulitzer Prize for International Reporting in 1986, for exposing the billions that the Marcos family looted from the Philippines. He was twice more a Pulitzer finalist and has received numerous other journalism awards, including the University of Missouri’s Investigative Reporters and Editors and the George Polk. He was an Edward R. Murrow Fellow of the Council on Foreign Relations.

Simons’ op-ed and analytical articles have appeared in the New York Times, the Washington Post, Foreign Affairs, Atlantic and Smithsonian magazines. He has contributed to National Geographic and his work also has appeared in USA Today, where he is a member of the Board of Contributors, The Huffington Post, The Daily Beast, Daily Kos and Yaleglobal.com. He has appeared on ABC, NBC, MSNBC, CNN, BBC and CBC.

He is co-author with Senator Christopher S. Bond of The Next Front: Southeast Asia and the Road to Global Peace with Islam. He also is author of Worth Dying For and a contributing author of half a dozen books on war and international affairs.

A graduate of New York University and the Columbia University Graduate School of Journalism, he is married to fellow journalist Carol Simons. They have three grown children and currently reside in Fairbanks, where he is the Snedden Chair at the University of Alaska.