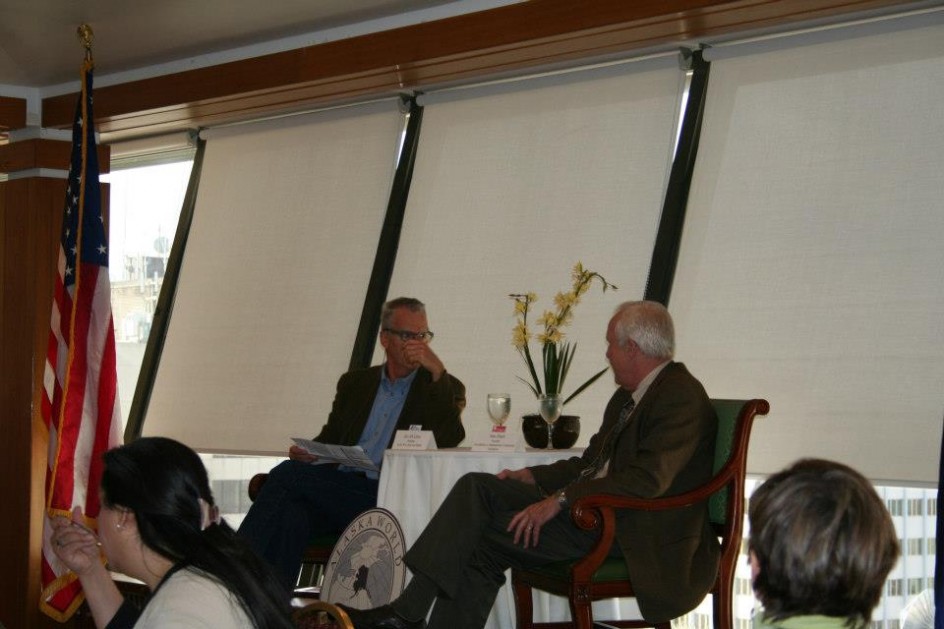 Podcast:
If you missed John Hatch’s conversation with Eric McCallum or would like to hear it again, check-out the podcast of the program on KSKA by clicking here.

Bio: John Hatch
Dr. John Hatch is the founder of FINCA and the creator of Village Banking—a unique and influential method for delivering small loans, savings, and other financial services to the poor worldwide.

During his early career, Hatch served with the Peace Corps in Colombia, and as a regional director in Peru. As a graduate student, he won a Fulbright grant to conduct research in Peru, where he spent two crop cycles as a hired laborer working for subsistence farmers and documenting their agricultural practices.

In his work with the rural poor, Hatch found that most credit programs were administered by outside experts. This management style resulted in poor repayment rates and low morale among borrowers. Believing that the poor lacked neither ambition nor skill, but simply resources, in 1984, John created the Village Banking method. This method allowed the poor to obtain loans without collateral—their main obstacle to accessing credit—at interest rates they could afford. It brought neighbors together in groups, giving them the collective power to disburse, invest, and collect loan capital as they saw fit. The results among FINCA’s earliest clients were improved earnings and family nutrition, high repayment rates, and increased empowerment.

When Hatch began lending to women, he saw the tremendous potential of Village Banking as an anti-poverty tool: “Our focus on women was the result of a growing conviction that the fastest way to affect the welfare of children was through aid to their mothers,” said Hatch.

Over 22 years with FINCA, Hatch served as president, and as chief of party for programs in El Salvador and Guatemala; he retired as FINCA’s director of research in 2006. Today, the organization he founded reaches over 750,000 people in 21 countries with small loans, insurance, savings programs, and other services. Hatch continues as a FINCA board member, advisor, speaker, lecturer, and fundraiser. He is continuing his research on the impact of Village Banking and is active in FINCA’s annual student symposium and research awards competition.

Throughout his career, Hatch supported efforts to promote microcredit worldwide. Since founding FINCA in 1984, he has shared his Village Banking methodology with numerous nongovernmental organizations. As a result, today there are hundreds of Village Banking programs worldwide. Hatch is also co-founder of the Global Microcredit Summit.

introducing the principles of leverage used in the business world to local and international non profits;
promoting energy efficiency initiatives to business and government groups by using the return on investment (ROI) approach;
mentoring and investing in small business start-ups.
McCallum was born in 1954 and is married with no children. He graduated with a degree in secondary education from University of Akron in 1977. He has worked for
BF Goodrich and Jackovich Industrial Supply. 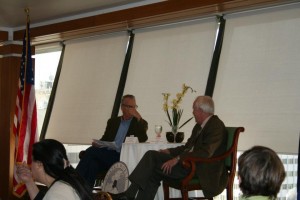 The cozy setting led to some great conversation between the audience & Dr. Hatch 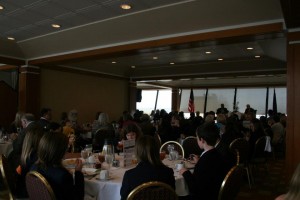 The Hilton’s Chart Room was quite packed on September 21st 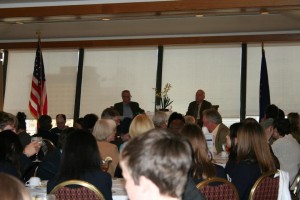