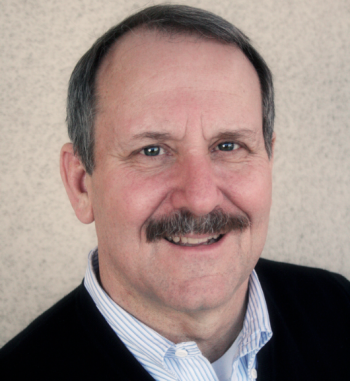 Come be a part of the interactive
radio audience for KSKA’s
“Line One: Your Health Connection”!

Podcast:
If you missed Mr. Donvan and Dr. Woodard’s discussion or would like to hear it again, check-out the podcast of the program on KSKA by clicking here. 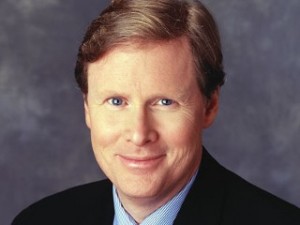 More recently Donvan has received positive reviews for his work covering the war in Iraq as a unilateral reporter, for which the Chicago Sun Times named him one of the ten War Stars.

The first part of Donvan’s career was shaped as a foreign correspondent, beginning at the age of 25 for ABC Radio in 1980. In 1982 the network promoted him to television reporter. He was assigned to Jerusalem on the West Bank and the rest of the Arab world. From 1985 to 1988, he worked for CNN as a London-based correspondent, covering Europe, the Middle East and Africa. His live reporting on the U.S. bombing of Libya was likened to the work of Edward R. Murrow by the New York Daily News.

Donvan rejoined ABC in 1988. Based in London and later Moscow, he covered nearly all of the major news events overseas through the 1980s and the 1990s, including the collapse of Communism (he was in Red Square the night the Soviet flag came down, and in Romania when Nicolae Ceausescu was arrested), the Iran-Iraq War, both Persian Gulf Wars, two Royal Weddings, the assassination of Anwar Sadat, the bombing of the marine barracks in Beirut and the end of the nuclear arms race.

Donvan returned to New York in 1993, where he contributed to ABC News’ magazine programs and “World News Tonight” and occasionally served as an anchor on “Good Morning America” and Weekend News broadcasts. In 1997 he was assigned to the network’s Washington bureau and the White House beat, covering the campaign finance scandal and the president’s travels abroad. He joined “Nightline” in 1998 and continues as one of that program’s small cadre of correspondents. He was an occasional substitute anchor for Ted Koppel, and hosted many interviews for “Nightline’s” production of “UpClose”.

Donvan has won two Emmy Awards, several Overseas Press Club Awards and two Cine Golden Eagles, and has been honored by the National Association of Black Journalists, the Committee of 100 and the Media Action Network for Asian-Americans.

Dr. Woodard has a BS degree in chemistry from Bowling Green University and a medical degree from the University of Tennessee Medical Units in Memphis, Tennessee.

Following residency training in pediatrics, also at the University of Tennessee, Dr. Woodard worked for two years as a medical epidemiologist with the Centers for Disease Control and was assigned to Alaska where he worked with the State of Alaska Division of Public Health. After completing this assignment Dr. Woodard entered private practice as a pediatrician in 1980 and currently continues to work as a pediatrician in Anchorage with a special interest in allergy and asthma.

While working as a pediatrician, Dr. Woodard gained in interest public broadcasting in pursuit of educating the public regarding medicine, medical care, and science. After a couple of appearances as a guest of JoAnn Chasman on Line One: Your Health Connection Dr. Woodard became the host and producer in 2000 when she moved to Chicago with her husband. He remains interested in practicing pediatrics and promoting reliable health information to the public. Dr. Woodard has been married to his wife Linda for 34 years and has four daughters.
This program is sponsored by: