Podcast:
If you missed Ambassador Tahir-Kheli’s presentation or would like to hear it again, check-out the podcast of the program on KSKA by clicking here.

Bio:
Shirin Tahir-Kheli was named by Newsweek in 2011 as one of “150 Women who Shake the World” for helping “build bridges between the U.S. and Pakistan.”

Ambassador Shirin Tahir-Kheli was selected as a 2009 scholar by the Carnegie Corporation of New York. Her work: “Diplomacy Without Negotiation: George W. Bush and Democracy Promotion in the Muslim World” is nearing completion.

From March 2003 to April 2005, she served as Special Assistant to the President and Senior Director for Democracy, Human Rights and International Operations at the National Security Council.

She has served as a member of:

the Board of Trustees of the Carnegie Corporation of New York;

Advisory Board of Princeton University’s Institute for the Transregional Study of
Contemporary Middle East, North Africa and Central Asia.

Before joining Johns Hopkins, Tahir-Kheli was a fellow of Princeton University’s Center of International Studies.

She co-chaired the Council on Foreign Relations Study Group on India and Pakistan.

Earlier, in her service in the United States government, Tahir-Kheli served as:

Head of the United States delegation to the United Nations Commission on Human
Rights in Geneva in 2001:
Alternate United States Representative to the United Nations for Special
political Affairs (1990-93), a post that carries the rank of Ambassador.
Member United States Presidential Commission on the Public Service
during 1992-93.
Director of Near East and South Asian Affairs (1986-89), National
Security Council.
Director of Political Military Affairs(1984-1986) at the National Security
Council at the White House.
She joined the Reagan Administration in 1982 as Member, Policy Planning Staff
in the Office of the Secretary of State.

Tahir-Kheli was a member of the Board of trustees of the Aga Khan University in 1996-98, served at the US Army War College as Visiting professor in 1980-81 and was a tenured Associate Professor at Temple University.

A program of the World Affairs Councils of America with support provided by a grant from Carnegie Corporation of New York. 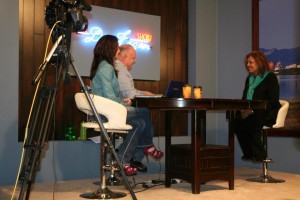 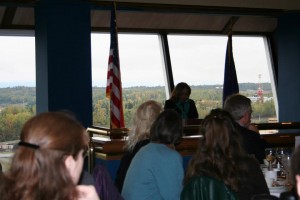 Ambassador Tahir-Kheli addresses the audience at the September 14th program