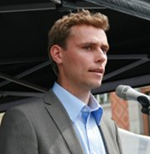 Mr. Ola Borten Moe studied agronomy and political science and history at Skjetlein Agricultural School and the Norwegian University of Science and Technology respectively. At the present time, Mr. Borten Moe is Minister of Petroleum and Energy and vice chair of the Centre Party. In 1995 he became member of the Trondheim city council, and served here for three consecutive periods. In 2001 he became a member of the Norwegian Parliament, representing Sør-Trøndelag County. He has been a member of the Standing Committee on Energy and the Environment from 2005-2007. He was chair of the Standing Committee on Business and Industry from 2007-2009 and First Vice Chair in the Standing Committee on Scrutiny and Constitutional Affairs from 2009-2011. He was also vice chair of the parliamentary group steering committee. More information about the Ministry of Petroleum and Energy can be found at www.regjeringen.no.