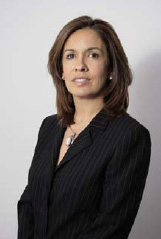 She holds an executive position on the board of the British Chamber of Commerce,chairing its Energy and Environmental sector group; and, is the Chair of theMexico-Dutch Business Committee of COMCE (Consejo Mexicano de ComercioExterior). She has served on the editorial board for energy matters of the nationalnewspaper Reforma over the las

Marta Jara is a Chemical Engineer and graduated from the University of BuenosAires (Argentina). She also holds a Masters degree in Strategic FinancialManagement from Kingston University (UK).

She started her career with Shell in 1991 and has held different managementpositions in oil products manufacturing and in natural gas projects in Latin America,as well as advisory roles in the corporate offices in London.