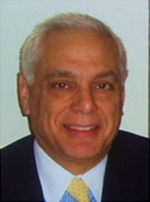 “The Coming Renaissance in North American Oil and Gas”

Lucian (Lou) Pugliaresi has been President of Energy Policy Research Foundation (EPRINC) since February 2007 and managed the transfer of PIRINC from New York to Washington, DC. He previously served on the Board of Trustees of PIRINC before taking over the presidency. Since leaving government service in 1989, Mr. Pugliaresi worked as a consultant on a wide range of domestic and international petroleum issues. Mr.Pugliaresi has served in a wide range of government posts, including the National Security Council at the White House, Departments of State, Energy, and Interior, as well as the EPA. He has written various articles on energy issues published in the Oil and Gas Journal and other journals on Russian Petroleum, Energy Security and Energy Policy.