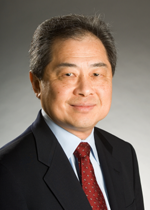 Edward Chow, a senior fellow in the Energy and National Security Program at CSIS, is an international energy expert with 30 years of oil industry experience. He has worked in Asia, the Middle East, Africa, South America, Europe, and the former Soviet Union. He has developed policy and business strategy and successfully negotiated complex, multibillion-dollar international business ventures. He specializes in investments in emerging economies and international oil and gas. He has advised U.S. and foreign governments, major international oil companies, and leading multinational corporations.

Chow spent 20 years with Chevron Corporation in U.S. and overseas assignments. He was head of international external affairs at headquarters in California. He played a leading role in negotiating the international commercial agreement to build a $2.6-billion oil pipeline from Kazakhstan on the Caspian to the Russian Black Sea coast. While he was Chevron’s principal international representative in Washington, he worked closely with the White House, Capitol Hill, federal departments and agencies, foreign governments, international financial institutions, and the foreign policy community on international economic policy affecting worldwide energy investments. Between 1989 and 1991, he was based in Beijing as Chevron’s country manager for China. Chow is a graduate of Ohio University with a bachelor’s degree in economics and a master’s degree in international affairs. He has published articles in leading academic and foreign policy journals on global energy developments, spoken on energy at conferences in the United States, Europe, and Asia, and appeared in major international media.