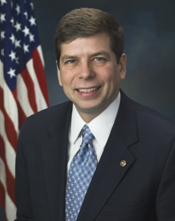 The Alaska World Affairs Council
in Association with 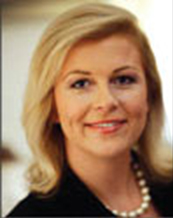 “World Commerce: Reports from the Senate Commerce Committee and Croatia’s Place in the World”

U.S. Senator Mark Begich
Senator Mark Begich was elected to the U.S. Senate in November 2008 after serving as the Mayor of Anchorage for nearly six years. Born and raised in Anchorage, Senator Begich’s priorities include focusing on a national energy policy that includes Alaska’s oil and gas resources, an Alaska natural gas pipeline and the many renewable resources in Alaska.

He is equally committed to reducing the national debt; promoting legislation strengthening the economy and creating jobs; and keeping our military strong while improving the services and benefits for our nation’s veterans who have served our country so honorably.

A lifetime member of the NRA, Senator Begich is a strong advocate for the 2nd Amendment and the rights of Alaskans and all Americans to keep and bear arms. He serves on the Senate Committee on Science, Commerce and Transportation; the Budget Committee; the Armed Services Committee; and the Veterans Committee.

A businessman for more than 30 years, Senator Begich is bringing his business acumen to the work in the Senate. His extensive experience in public office, along with service to dozens of non-profits and community groups, all add to his know-how and ability to get things done.

Kolinda Grabar was born in Rijeka, Croatia. She lived in the United States for part of her childhood and graduated from Los Alamos High School in Los Alamos, New Mexico. She then attended the University of Zagreb graduating in 1992. Kolinda obtained a masters degree from the same university in international relations and is currently writing a doctoral thesis titled “Conditionality policy as a catalyst of effects stemming from accession to the European Union: Accession process of the Republic of Croatia”,

In 1992, Grabar-Kitarović became an advisor to the international cooperation department of the ministry of science and technology of Croatia. In 1993 she moved to the foreign ministry, becoming an advisor. In 1995 she became the head of the North American department of the foreign ministry, remaining in that position until 1997. In 1997 she began to work at the Croatian embassy in Canada, as Diplomatic Counselor until October 1998 and then as Minister Counselor. She remained in Canada until 2000.

In 2001 Grabar-Kitarović became Minister Counselor to the ministry of foreign affairs. She left that position in 2003. In November 2003 she was elected to the Croatian Parliament from the seventh electoral district as a member of the Croatian Democratic Union (HDZ). In the government formed in December 2003, she became the minister of European integration, beginning negotiations in 2004 for Croatia to join the European Union. In February 2005 she was nominated to become the foreign minister of Croatia.

She was confirmed by the parliament and sworn in to that position on February 17, 2005. Her main task as foreign minister was to guide Croatia into the European Union.

The Croatian Embassy in Washington, D.C.’s web site can be found at http://www.croatiaemb.org/.