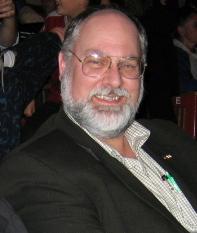 “Can Japan be Changed: Lessons of the Forgotten Postwar”

Paul Dunscomb is Associate Professor of East Asian History at the University of Alaska Anchorage, and Director of UAA’s Confucius Institute. He has graduate degrees from the State University of New York at Albany and the University of Kansas. He is a specialist in modern Japanese history focusing on the domestic political aspects of the Japanese intervention and occupation of Siberia, 1918-1922. His book on this topic, the first ever complete narrative of Japan’s Siberian Intervention in English or Japanese, is now available. His work has appeared in the Military Review, the Journal of Japanese Studies, and East-West Connections. His research interests include political, social, diplomatic and military history of Taishō Japan (1912-1926). He is currently working on the history of the early Heisei period (1989-2009), especially how debates about “Japaneseness” are reflected in popular culture and the Lost Decade.

He is the recipient of a Fulbright Research Fellowship for study in Japan and co-recipient of a Fulbright-Hays Group Projects Abroad grant to lead a study tour of the Russian Far East. Prof. Dunscomb teaches East Asian Civilization, Modern China, Modern Japan as well as specialty courses in the evolution of the Samurai and the history of the Chinese Communist Party.