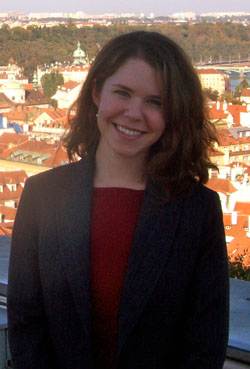 Friday, 19th November 2010 – Hilton Hotel
Doors open at 11:30 a.m. – Program begins at 12:00 p.m.
For Reservations
RSVP by Wednesday, 17th November
to the Alaska World Affairs Council
by telephone 276-8038 or by email to AlaskaWorldAffairs.org .
Lunch Program $20 for Members – $25 for Non-Members – $10 for Coffee Only
Megan Hall, Reports and Political Affairs Officer, Office to Monitor and Combat Trafficking in Persons, US Department of State

Ms. Hall joined the State Department’s Office to Monitor and Combat Trafficking in Persons in 2005. She is a subject matter expert in sex and labor trafficking and provides regular technical support and analysis to senior-level US officials and foreign counterparts to advance US interest in fighting human trafficking. She also helps to draft the annual Trafficking in Persons Report submitted to the U.S. Congress each June, the premier diplomatic tool used by the US government to identify trafficking trends within countries and encourage foreign governments to take action. She is responsible for assessing government efforts to protect and assist victims, investigate and prosecute trafficking offenders, and prevent human trafficking in 21 countries throughout Central and Eastern Europe, Russia, the Caucuses, and Central Asia. She previously worked in the Human Trafficking Prosecution Unit at the U.S. Department of Justice and at the U.S. Embassy in Tallinn, Estonia. Ms. Hall was born and raised in Alaska. She earned her Bachelor of Arts in Political Science from the University of Alaska Anchorage and also holds a Master of Arts Degree in International Politics from The American University, and a Juris Doctor from Creighton University School of Law. Ms. Hall is a licensed attorney and member of the Maryland State Bar Association.