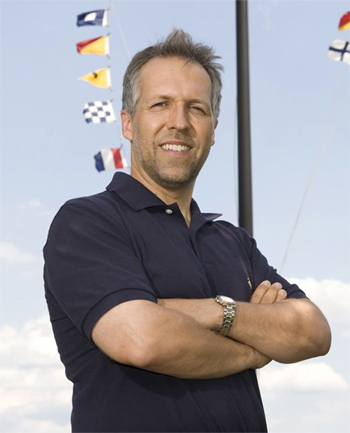 “Marine and Coastal Management in Abu Dhabi: Toward Sustainable Diversification”

Dr. Gerhard Kuska is President and CEO of Ocean Strategies LLC, a dynamic ocean management consulting firm that provides strategic advice and services to public, private, academic, and international entities on a broad array of ocean, coastal, and maritime issues.

Dr. Kuska has served over the past 27 years in a variety of ocean-, coastal-, maritime-, transportation-, and environment-related positions in the United States, Europe, and the Middle East, and continues to serve in advisory board capacities around the world. From 2008 until 2010, he advised the ruling family of the Emirate of Abu Dhabi and its government in the United Arab Emirates on ocean and coastal policy issues. As a Principal with Good Harbor Consulting in Abu Dhabi, he oversaw the development of the Emirate’s first-ever integrated strategy for its marine and coastal areas, bringing together defense, security, mobility, safety, economic development, and environment and natural resource conservation issues under a new governance structure.

From 2006 to 2008, Dr. Kuska served as Associate Director of the White House Council on Environmental Quality and Director of Ocean and Coastal Policy in the Executive Office of the President. In this role he advised the President and the Chairman of the Council on Environmental Quality, and oversaw the implementation of the President’s Ocean Action Plan, including initiatives such as the reauthorization and strengthening of the Magnuson-Stevens Fishery Conservation and Management Act, development of successful stakeholder engagement approaches, development of state-led governance mechanisms to support management of regionally important ocean issues, the establishment of a marine debris initiative, enhancement of Arctic policy, White House action toward US accession to the Law of the Sea Convention, the inauguration of an annual National Oceans Month in June, US support for the Coral Triangle Initiative in Southeast Asia, and the development of the Papahánaumokuákea Marine National Monument in the Northwestern Hawaiian Islands, as well as marine national monuments at the Marianas Trench, Remote Pacific Islands, and Rose Atoll.

From 2004 to 2006, Dr. Kuska worked with the National Oceanic and Atmospheric Administration as a senior policy analyst on ocean policy, intra- and inter-agency coordination, and strategic planning. From 2002 to 2004, he served on the staff of the presidentially appointed U.S. Commission on Ocean Policy, where he advised the commissioners and staff on ocean governance issues and contributed to the drafting of the Commission’s landmark report. Prior to 2002, Dr. Kuska worked with two U.S. Senators, advised the UN, conducted research in academia, and served as a senior executive with several global corporations in the ocean and air cargo logistics industries.