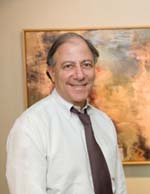 Dr. Barry M. Blechman is the co-founder of the Stimson Center, and a distinguished fellow focused on nuclear disarmament. He was chair of Stimson’s board from 1989 to 2007.

Blechman has nearly fifty years of distinguished service in national security, in both the public and private sectors. He is an expert on political and military policies, military strategy, and defense budgets and industries. Blechman has worked in the Departments of State and Defense, and at the Office of Management and Budget. Among other boards and commissions, Blechman served on the Commission to Assess the Ballistic Missile Threat to the United States (1998-99), the Defense Policy Board (2002-06), the mayor’s Bioterrorism Preparedness and Response Program Advisory Committee in the District of Columbia (2004-06), and the Department of State Advisory Committee on Transformational Diplomacy (2005-08). Blechman founded DFI International Inc., a research consultancy, in 1984 and served as its CEO until 2007.

Blechman holds a PhD in international relations from Georgetown University, has taught at several universities, and has written extensively on national security issues. His most recent publications are Elements of a Nuclear Disarmament Treaty and National Perspectives on Nuclear Disarmament. Both volumes, which he co-edited with Alexander Bollfrass, were published by Stimson in 2010.